The Sanskrit Language: What You Need to Know About a Living Artefact Language

Chamu Krishna Shastry of Bangalore wants to resurrect Sanskrit and knows that it is not easy, but he believes that “Sanskrit is the basis for everything in India.”

In today’s blog post, we take a look at the living artefact that is the Sanskrit language and how it can be resurrected!

Sanskrit Language – The Mother of All Indian Languages

Sanskrit, an Indio-Aryan language, is the mother of a number of Indian languages. The language was spoken in India during ancient times. In modern India, it is still used for liturgical purposes.

Sanskrit was initially an oral language. The earliest known written form of the language is in Brahmi script. It was written in many different regional scripts including Nagari, Oriya, Grantha, Bengali, Telugu, Sharada, Modi, Tamil, Kannada, and Kharoshti. These days only Devanagari script is used. Aside from India, the rest of the world knows how important Sanskrit is since 60 countries around the world teach Sanskrit in 450 universities.

The Modern State of the Sanskrit Language

Sanskrit is still spoken today as the main language in a few areas in India including Karnataka, Madhya Pradesh, Orissa, Rajasthan, and Uttar Pradesh. In the village of Mathur in the southwest state of Karnataka, more than 90% are well-versed in Sanskrit. In the city of Mysore, a daily newspaper in Sanskrit is still being published. “Sudharma,” the only paper of its kind in the world, has been in print since 1970 and it is now available online.

The ties between Sanskrit and Hinduism are intimate. Hinduism draws much to the Vedic civilization, and the medium of expression of Vedic thought was mostly through Sanskrit. That is enough to declare that Sanskrit forms the basis of Hindu civilization. Eventually, despite the fact that the foundations of the religion are built on Sanskrit, Hinduism is now expressed in the regional vernacular languages.

Chamu Krishna Shastry has his own ideas about how to teach Sanskrit, which is very different from how it is being done. He insists that the current method is creating a mental block which contributes to the decline of Sanskrit. What he calls “rota method” or learning the language by translation is the easy method, he says. Teachers only memorize and teach and are therefore not conversant.

Most of the languages spoken in modern India are derived from Sanskrit. This means that it is actually easy to speak it, insisted Shastry. He has put up now-popular camps for learning Sanskrit that promulgated the method of “learning the language in the same language.”

Learning the Religion Tied to Sanskrit

With the establishment of the intimacy between Sanskrit and Hinduism, it is only evident that an understanding of Sanskrit is necessary for an in-depth understanding of Hinduism. In an ideal world, educational institutions and Hindu temples ought to teach Sanskrit. Young Hindus ought to learn Sanskrit as well. But in the real world this is not happening because the culture of Sanskrit does not exist anymore.

One way of resurrecting Sanskrit is to keep the word alive in common usage. Now, even Westerners are quick to use words such as “yoga,” “karma,” “Brahman,” and “dharma. A few Western alternative rock bands have Sanskrit chants in their popular releases. But not everyone who uses these words and hears them often. Not even Hindi people know the full religious meaning of the word.

Here at Day Translations, we stand firmly behind the initiative of preserving and resurrecting the Sanskrit language. We’re passionate about all languages, especially the ones at risk of extinction.

Surely, one of the world’s most ancient languages deserve a little more in-depth study and the undivided attention of those who profess to use it in such familiar fashion. 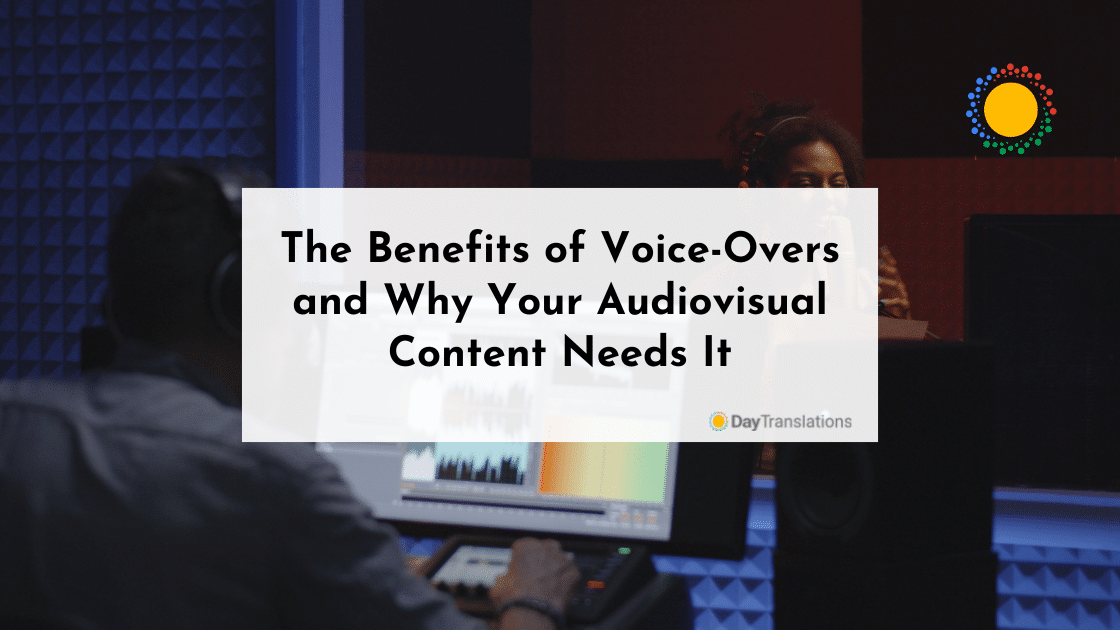 The Benefits of Voice-Overs and Why
Languages 5 Min Read