3 Brands that Understood the Latino Market (and 3 that Didn’t!)

As we covered in a previous article, the Latino market is the fastest-growing segment in the US. Are you making targeted efforts to market to Latinos? If that’s not the case, you’re missing out on a demographic that’s expected to reach a buying power of almost two trillion dollars by the end of 2020.

But, what makes and what breaks a culturally targeted campaign?

Hey, check out our podcast on Transcreation and Brands that Succeeded (and Failed!) at it, available on Spotify.

First and foremost, language. If you’ll be translating your campaign, counting on an experienced Spanish translation company is key. Make sure your language services provider has marketing and localization experience.

A properly translated campaign (even localized or transcreated) can ensure some success. But deep knowledge of one’s audience is what separates simply good marketing from marketing that connects to audiences on a deeper level.

Throughout the years, the Culture Marketing Council (also known as AHAA) has celebrated McDonald’s for its comprehensive and intelligent approach to Hispanic marketing. McDonald’s Hispanic marketing budget is in the national top 5, with 360 marketing initiatives per year, grassroots activations, Spanish-only social media accounts, and a website: www.meencanta.com. 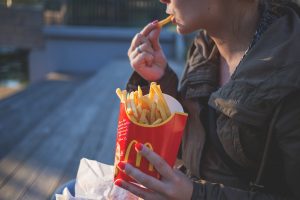 McDonald’s was one of the first American companies to create culturally targeted campaigns for minorities within the US. The company also leads when it comes to inclusion, involving Latino marketers and store operators in all stages of the creative process.

The results have been spectacular, with Latinos being one of the brand’s most loyal customer segments.

Five years ago, Target rolled out a campaign titled “#SinTraducción”. The campaign celebrated good times shared with family and friends, combining them with untranslatable Spanish words, such as “sobremesa”. The campaign also included slogans like “there’s a part of you that simply doesn’t translate”. 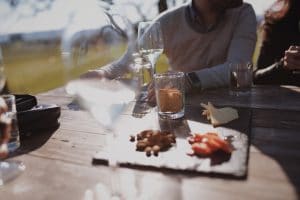 This message was welcomed by first-generation Latino immigrants who are dealing with culture shock. And, by second-generation Latinos who want to preserve their culture and traditions. On the other hand, the campaign’s title and hashtag invited the audience to interact on social media, sharing more untranslatable Spanish words. “#SinTraducción” was a success.

AT&T partnered with Virtue (Vice Media’s in-house marketing agency) to create a campaign directed to Latino millennials. It included ads on magazines like People En Español and Latina, as well as digital content on Tumblr, Youtube, and Vice’s properties.

The campaign had a playful tone and utilized Spanglish. The actors involved were not professionals, but young and Latino AT&T subscribers. As Spencer Baim of Vice told AdAge, “Rather than have AT&T talk, we have the generation talk to themselves.”

Unsuccessful campaigns aren’t only brought upon but bad translations, but also by poorly made research. Relying on clichés instead of proposing something new is also a failure guarantee. Especially because being offensive and being boring can look a lot alike.

In 2007, Cincinnati’s WLW Radio Station celebrated its success as the “Big One” with a billboard campaign. The billboards featured a tired Mexican stereotype: a man with a thick mustache, a poncho, a sombrero, and a donkey. The accompanying text, “Big Juan” sealed the joke, which was not well-received by the city’s growing Hispanic population.

In 2004, Tecate Beer released a controversial billboard campaign. The billboards displayed a cold beer bottle, along with the phrase “Finally, a cold Latina”. 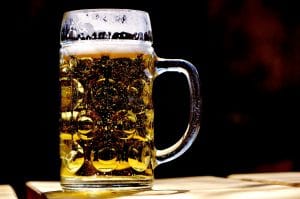 The billboard was highly controversial, with Lucille Roybal-Allard, a California congresswoman demanding that it be removed. Members of the Latino community felt that the ad was disrespectful towards women, reinforcing the idea that Latina women are overly sexual. The campaign was retracted after a few days of controversy.

In 2007, credit card titan Visa launched a TV campaign under the slogan “La vida toma Visa” (“Life Takes Visa”). The slogan intended to be a counterweight to Master Card’s iconic tagline “ For everything else, there’s MasterCard”.

But the statement confused Hispanic audiences. The reason was simple: In Spanish, “take” (“tomar”) can mean “take” as well as “drink”.

Excellent command of your audience’s language is the baseline for a successful campaign. Get quality linguistic assistance by hiring a translation company with extensive marketing and localization experience. But don’t call it a day yet.

Customer knowledge, evocative storytelling, and originality are what great campaigns are made of. As always, you’ll need a great concept to connect with your audience. Having Latino marketers in your team is ideal to make sure your campaign resonates with your target audience. But it’s not essential.

Do your research, be aware of trends within your target demographic, listen and don’t be afraid to experiment. In the process, make sure you’re reaching a genuine understanding of who your Latino customers are, and not falling on stereotypes or making wild guesses. There are two things you must avoid like the plague: Poor translations and one-fits-all solutions. 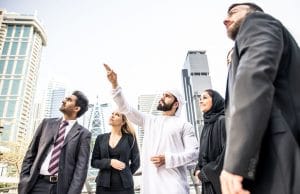 byBernadine Racoma -
0
2
3k
While many business owners venture into Europe and North America, there are companies that want to explore other markets and... 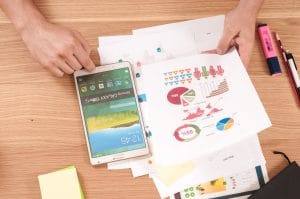 byBernadine Racoma -
0
0
1k
Transcreation is vital to success in international business. Opening of new markets in different countries is beneficial to business. But... 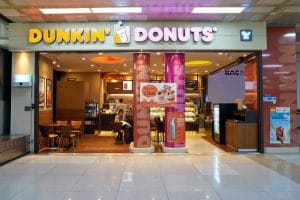 byDay Translations -
0
3
5k
From its humble beginnings, donuts or doughnuts have become a favorite snack, and Dunkin’ Donuts is one of the institutions... 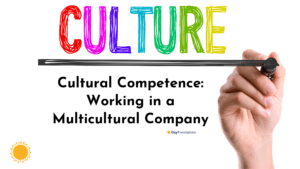 Arts and Culture
Cultural Competence: Working in a Multicultural Company

bySeldean Smith -
0
1
664
As the workforce continues to diversify and the drive for business globalization continues, cultural competence is arguably one of the...
View All Topics