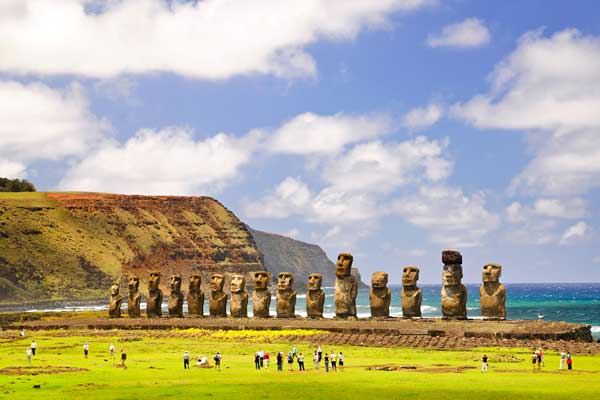 Rapa Nui, the Native Language of the Easter Island

The remote Easter Island, which is located in the Pacific Ocean, belongs to Chile and is part of Polynesia but its remoteness allowed Rapa Nui, the island’s native language, to develop on its own.

The island, which is a part of Polynesia, is uniquely isolated that its development was different. The Rapa Nui language belongs to the same family that includes Melanesian and Micronesian languages, which had mainly spread all over Southeast Asia, with some words having similarity with original Malay, Siamese, Laotian and Vietnamese languages, although speakers of these languages would not be able to comprehend Rapa Nui.

Although very remote and highly isolated due to its geographic location, the island did have contact with some other cultures especially during the 20th century when a series of invaders came to the island. Today’s Rapa Nui has many loanwords from Tahitian, Spanish, French and English.

Spanish is the official language of Easter Island, which was annexed by Chile in 1888. Although inhabited since 300 to 1200 CE, the first recorded visit of a European was on April 5, 1722 by Jacob Roggeveen, a Dutch explorer who was searching for Davis Island. By chance he arrived on the island on Easter Sunday, and named the island after that day.

There is a wide range in the population estimate in the early part of the 19th century, which ranged from 4,000 to 20,000. As of the 2012 Census, the population of the Easter Island was 5,761. Of this, 60% are descendants of the island’s indigenous inhabitants, the people whose ancestors were honored with “moai,” the huge stone sculptures that line the island’s shoreline. With the annexation of the island to Chile, children were taught to speak Spanish, which effectively dwindled the number of traditional language speakers to about 800 people.

Still, the language will not be lost as a revival process was started in 1975. It was actually instigated by the Chilean Ministry of Education through a decree saying that Rapa Nui would be formally taught in schools. Formal teaching of the language began in 1976 in the elementary levels, from kindergarten to grade four. The Rapa Nui Language Academy was created in 2004 when the First Conference on the Rapa Nui Language was held. María Virginia Haoa, one of the founders of the academy is herself a teacher and heads the Rapa Nui Language Immersion program.

Since the introduction of formal Rapa Nui language classes, which is the medium of instruction for all subjects in kindergarten to the fourth grade, many young people have become bilinguals, switching between Spanish and Rapa Nui with ease. More people are learning the language since it now has a written component as well. This led to the establishment of the first local newspaper, Tāpura Reꞌo, published by Marcus Edensky, husband of Alicia Makohe, a great granddaughter of a former Easter Island King, who grew up speaking Spanish but taught herself Rapa Nui at age 14. By now there are more than 3,000 speakers of the native language.

The term Vananga Rapanui that translates to “the Rapanui way of speaking” is a root language of Polynesian and used exclusively by the Rapanui, the indigenous inhabitants of Easter Island. The language has only five vowels and ten consonants. This makes the language difficult to learn since many of the oral or written words become similar.

Noun or parts of syllable duplication is a characteristic of the language, which performs different functions. For example, “ehu” means “mist’ but when duplicated (ehu ehu) it becomes the term for “dark gray.” “Tea” is “dawn” while “tea tea” means “white.” It can also be used to form adjectives, such as “hatu” meaning, “weave” becomes “fold” when written or said as “hatuhatu.” The English term “undo” is “kume” in Rapa Nui. It becomes an intensified or multiple action word when doubled, as in “kumekume” or “take to pieces.”

It can also be used to indicate intensity or plurality, as follows: 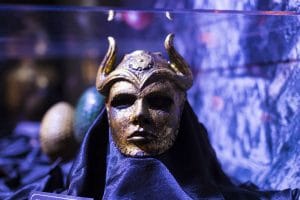 byBernadine Racoma -
0
0
4k
Avid fans of the hit TV series Game of Thrones would be very familiar with the different languages used in...

byBernadine Racoma -
0
5
4k
Japanese is a language that is believed to be related to the Altaic language family in which Mongolian, Turkish and...

byBernadine Racoma -
0
4
3k
Building good foundations in any relationship at the very outset is essential for its success. The same idea holds true...
View All Topics