Secret Languages: Why Not Make Your Own?

Anyone can devise secret languages and they need not be members of secret societies to do so. There are secret societies with their own secret language, of course. But the systems that they use are often too exclusive that nothing is known about these languages outside of their circles. Some groups just fall into a secret language including loosely formed gangs and groups that think up names, jargon, and terms that do not make sense to other people. Others groups consciously devise a secret code for a particular purpose and in some cases, out of necessity.

Not all secret languages are in written or spoken form. In 10th-century Japan for instance, how a kimono is worn speaks volumes about the wearer’s interests, preferences, and current mood. For example, the sleeve length and neckline opening convey important messages and serve to express the wearer’s unspoken intentions. The pattern of the kimono cloth was also a means of communicating.

On the other side of the world in Victorian England, women could use the fans they carry around to engage in lengthy conversations without saying one word. Sources say that fan language was complex enough to compare to modern sign language. There was a meaning to how the fan is opened, closed, and what speed it is fluttered. Exposing a specific number of slats and holding the fan a certain way are associated with particular signals. It would be nice indeed to meet someone who is well versed in the art of fan language.

Looking back at wartime tap code

The prisoners of war during the conflict in Vietnam needed a way to communicate with each other while they were held in captivity. The Americans devised a way to talk to their compatriots without their captors knowing about it. What they used was a simple secret language called tap code. They used their fingers to tap out a pattern that represents specific letters in the English alphabet. The tap code used by POWs in the Vietnam War was similar to Morse code, only without the dashes and using a grid. The prisoners made good use of the tap code in boosting morale, allocating rations to those who needed them the most, and in establishing a chain of command as well.

Is it possible to create a secret language?

Creating a secret language is not that difficult and complex, especially if one is willing to spend time and try overcoming a hurdle or two. The key is to be organized and clear on the purpose of the secret language that you will be inventing from scratch. Here are a few tips.

First of all, for the language to be truly secret and difficult for others to figure out, you need to invent new words and then assign them counterparts in the real world. It would be helpful to prepare a dictionary with the words you have figured out plus their meanings. If you have the patience and the imagination, you may also prepare a written alphabet. Creative individuals would probably not have a difficult time creating symbols that do not yet exist. Wouldn’t it be a fun and exciting challenge? 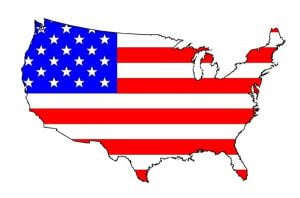