Five Great Reasons to Embrace the Learning of a Second Language

Most people agree that being able to speak a second language is a valuable asset. It improves our chances of receiving a promotion; it boosts our creativity; it allows us to be more prepared for a business or holiday trip; and it can even improve brain activity and delay the onset of the symptoms of Alzheimer’s disease.

In fact, it doesn’t matter if we are fully bilingual or if we simply had a foreign language class in high school and now only retain a few fragmented phrases. Regardless, the time spent learning a second language, memorizing new vocabulary, and reading and writing texts in another language has had a dramatic impact in the shaping of your brain, a process that has resulted in increased creativity and focus.

You Become a Better Listener

According to a study by Northwestern University, people who know a foreign language are better listeners than people who only speak one language. Apparently, the ability to understand and speak more than one language improves one’s focus, allowing one to tune out the distractions of ambient noise. Thus, multilingual people tend to concentrate better on what is being relayed to them, improving the overall quality of the communication process.

Writing in and/or speaking a foreign language makes you more aware of grammatical structures and nuances. In your non-native language, you are aware of paying close attention to the selection of words, the order in which they are placed in the sentence, the different parts of speech, and the verb tenses you use. Believe it or not, this improved grammar consciousness also makes you more aware of the grammatical constructs of your native language, and, as a result, your communication skills improve. Needless to say, as you are increasingly conscious of your grammar, the way you express yourself becomes clearer, and your message is more easily understood.

It Makes You More Creative

Have you ever thought that every single time you write or speak in a foreign language you are being creative? When you communicate in your native language, words flow almost seamlessly. However, when you use a second language, some effort is required. As mentioned above, you are more aware of the words you choose and of the optimal way to arrange them in a sentence. Learning a second language improves your fluency, your originality, your ability to elaborate ideas, and your flexibility, four valuable skills that, according to the Torrance Test of Creative Thinking, are defining aspects of creative individuals. Needless to say, knowing a foreign language increases your memory abilities, which also further develop your creativity.

People who are multilingual are constantly exercising their brains. Whether they are professional translators and interpreters, who have to accurately convey written or oral messages from one language to the other, or they are bilingual individuals who enjoy traveling abroad or watching foreign films, scientists have found that knowing at least two languages helps to delay the appearance of symptoms related to Alzheimer’s disease.

You Become a Better Decision Maker

A recent study has shown that people who have the ability to think in a second language are better decision makers than those who have only mastered one language. Apparently, the decision-making process for monolingual people is frequently biased by feelings and emotions. However, those that can analyze the same problem in a foreign language are supposedly able to set their emotions aside and engage in a more objective analysis.

Can you think of more great reasons why people should embrace the idea of learning a foreign language? What second or third language would you like to learn? 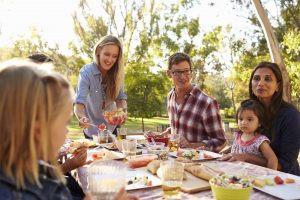 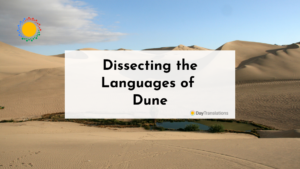