Home to more than 640 million people, Latin America is made up of South America, Middle America, and parts of the Caribbean. But we’re guessing there are some fun facts about Latin America you weren’t  aware of!

Because Latin America covers such a broad area, there’s no doubt that it is a melting pot that’s infused with different cultures, languages, and ways of life.

With this in mind, today our Day Translations blog takes a look at some great, fun, and interesting facts you probably didn’t know about Latin America.

They Speak More than 370 Languages Throughout Latin America

Naturally, one of the first thoughts anyone has when speaking about Latin America is that the majority speaks Spanish. This isn’t the most accurate way of looking at things. In fact, one of the reasons why the area is even called Latin America has to do with the fact that collectively the countries speak the ‘languages of romance’.

Spanish and Portuguese top the list for the most widely spoken languages in Latin America.

Even though the continent of South America is the fourth largest continent in the world and contains 12 countries, for such a large landmass it has an extremely short cost line. Much of this has to do with the triangular shape of the continent.

Within Latin America, studies have shown that more than 80% of the entire population lives in cities. Because of this fact, Latin America is considered to be one of the most urbanized regions in all of the world.

It Rains Fishes in Yoro

Probably one of the most fun and interesting facts we’ve ever come across is that in the small town of Yoro in Honduras, it rains fish.

This is indeed a world famous phenomenon that doesn’t have a definite explanation. But, for more than a century, ‘Lluvia de peces’ or ‘rain of fish’ has been taking place. It can happen as much as 4 times a year and because of its consistent occurrence, the people of Yoro host an annual festival in commemoration of it.

Scientists believe that the rain of fish occurs because of the extremely active and strong storm seasons that Honduras has.

Combined, There are 17 Different Ways to Say ‘Popcorn’

Who would have thought that popcorn was so popular?

Within Latin America, popcorn has about 17 different names as you move from country to country. Some of the names are as follows:

Sao Paulo is One of the World’s Largest Cities

Interestingly, Sao Paulo in Brazil is referred to as both a state and a city within Brazil. It is estimated that over 12 million people reside in Sao Paulo which is the largest city in Brazil, one of the largest cities in the Americas as well as the southern hemisphere.

Additionally, Sao Paulo falls within the top 10 metropolitan areas in all of the world.

The Amazon Rainforest is Truly a Prized Gem

There are also 2.5 million species of insects and around 16,000 species of trees within the Rainforest.

Brazil Exports a Lot to the World

If you’re a coffee drinker then there’s a pretty good chance that your coffee came from Brazil. Brazil is one of the world’s top exporters of Coffee, Sugar, and Orange Juice.

In Argentina, the 29th of Every Month is for Gnocchi

Gnocchi is a popular Italian cuisine. It’s a dumpling made from potato, flour, or semolina and enjoyed right across Argentina on the 29th of every month. But why is this so? Well, this tradition began in the 19th century when Italians immigrated to Argentina. They put money under their plates filled with gnocchi so that it can attract luck and good fortune to them.

More than 90% of the World’s Emeralds Come from Colombia

Colombia mines and produces almost 90% of emeralds to the global market. The emeralds found and produced in Columbia are over 50 carats and cost a lot more than any diamond of the same size.

How could we talk about fun facts and Latin America and not mention the pink dolphins?

The Amazon River is home to Pink Dolphins. They are also called ‘Pink River Dolphins’ or ‘Boto’ and they live in freshwater as opposed to saltwater. Pink Dolphins can be found in parts of Brazil, Colombia, Ecuador, Bolivia, Peru, Guyan, and Venezuela.

Concluding the Facts About South America

Latin America has some exceptional fun facts. The region is a beauty to behold and full of culture, traditions, and rich history. 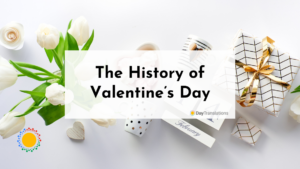