Swardspeak: The Colorful Language of the Filipino Gay Community

Swardspeak as it is more popularly known in the Philippines also incorporates words from Spanish and Japanese. Names of celebrities and politicians, both local and international, plus trademark brands are used in this homosexual slang. Names, brand names, words and phrases are all given new meanings in swardspeak. It is a word coined by the 1970s movie critic and columnist, Nestor U. Torre.

Most gay slang, gay lingo, gay speak or gay languages arose as a form of anti-languages. Anti-languages are usually developed by marginalized communities as a secret language. Under an oppressive society where homosexuals and their lifestyle are often looked down upon, a need for a language understood only by them and perhaps by individuals friendly to the gay community, was necessary.

When one talks in swardspeak, the person is easily identified as a homosexual. Individuals with the same orientation could then easily recognize each other through this. Swardspeak breeds exclusivity and helps homosexuals resist being assimilated in the prevailing culture, which some gays find oppressive. Swardspeak has allowed Filipino gay men to carve a space that they could call their own.

As the years go by, new trends, personalities and lingo emerge thus making certain phrases in swardspeak obsolete. New phrases are added to reflect the changes in culture. Swardspeak is a dynamic, ever evolving language and new words continue to be added to their own lexicon, while old ones are deleted or no longer used. It observes no rules in structure. The changes are deliberate, in tune with the times and make use of current trends, what’s in and hip to create words and phrases that somehow resemble foreign languages like German, Japanese, Chinese, French and Spanish. For people who are new to this form of gay lingo, they might even think that they are speaking in a foreign language, although incomprehensible. Adding to the difficulty in understanding swardspeak are the regional variations and the mix of pop culture that not everyone follow.

Gay men love animated conversations. Swardspeak was a way to “camp up” their discussions turning even the most serious of conversations into a lively repartee. The homosexual male population is loud and proud and they are not afraid to show it. They entertain each other and others around them with their verbal wit as well as their campy dialogue.

In industries dominated by homosexuals, people familiar to gays also speak swardspeak. It is not a surprise to hear heterosexual men and women who work in the entertainment and fashion industries speaking gay lingo. There is even a term for heterosexual women who speak the language of gays. These women are called “babaeng bakla.” In Tagalog, “babae” means female while “bakla” refers to a male homosexual.

This language of the Filipino gay men is entertaining, witty, funny and very colorful. The first letter or syllable of a word may be replaced with “J”, “Jo”, “Ju”, “Sh”, “Sho”, “Shu”, “Ky” or “Ny”. The vowels “a, o, u” may be replaced by the sounds “er” “or” or “ur.” Code-switching, puns, word plays, deliberately wrong Anglicization of words and malapropisms are also common. Japanese words like “watashi,”, “birru,” and “otoko” are commonly included.

Some examples of words and phrases used in swardspeak are given below.

Other countries or ethnic groups have their own versions of swardspeak. One example is Bahasa Binan from Indonesia. It is also referred to as Bahasa Béncong. Bahasa Binan/Bahasa Béncong originated from the gay community of this Southeast Asian country. “Bahasa” means language in Indonesian and Malay. In Indonesian gay speech, one of the most common code change is to add the word -in- as an infix. Take the word ‘binan”. It came from the word “banci,” which already means “male transvestite.” But instead of using the original word, the gay community opted to insert the infix “in” and drop the “ci.” On the other hand, “béncong” is a standard Indonesian word meaning a male homosexual. Just like in swardspeak, this dialect used mainly by homosexuals, takes Indonesian words and gives them different meanings.

Gayle or Gail is a slang used by English and by Afrikaans-speaking male homosexuals in South Africa, specifically in urban areas. Some of the core words in Gayle were borrowed from Polari, a jargon used by the gay community, people in the performing arts and even sailors from the merchant navy. This form is older since it had been around since the 1950s and used in the drag culture of the Cape Colored minority group in South Africa. On the other hand, those who speak any of the Bantu languages call their gay slang IsiNgqumo. Homosexuals in Zimbabwe also speak IsiNgqumo.

Swardspeak, through association, is no longer spoken exclusively by the gay community in the Philippines. Non-homosexuals in the Philippines also incorporate certain words and phrases into their everyday conversations. Listening as well as using swardspeak is entertaining. It is something not to be taken seriously or used in formal conversations and correspondence.

Swardspeak is fun to learn, even if only so you could understand the meaning of some of the words. Caution should be taken though. There is a place and time to engage in swardspeak. Before you start incorporating some form of swardspeak or gay lingo in your own conversations, make sure you know very well what the meanings of the words and phrases you are using are. Otherwise, you might see raised eyebrows all around you.

Swardspeak does not appear in legal documents and papers, as it is not an official language. Although it is not a structured and formal language, linguists study this new language, which is termed “lavender linguistics.” It is defined as the study of the language, including everyday language practices used by the LGBTQ or gay, lesbian, bisexual, transgender and queer communities in society. 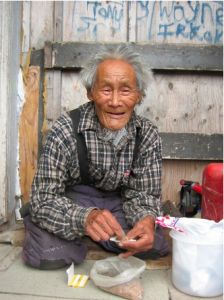