A Case of Conflict from Language Diversity in Canada

Who would think that something as mundane as the name of two soda drinks that had been interchanged could lead to a lawsuit? Weird, isn’t it? For most people, it could be a cause for laughter, some apology and replacement of the soda drink with the right one, and that would be the end of it. It has become a case of conflict from language diversity.

But that is not so with the couple, Michel and Lynda Thibodeau who traveled with Air Canada sometime in 2000. Apparently they wanted to drink 7-Up during the flight but were instead served Sprite. But he was not able to order the soda drink in French because the staff serving them was monolingual. Don’t you think this is funny? Well, for this couple, it was not. For them it is a question of Air Canada not providing bilingual staff to serve passengers during their flights and they have decided to take action for other past events against the airline.

The behind-the-scene details regarding this seem to be a compound of several incidences.

Michel Thibodeau is a language activist. According to their complaint, Air Canada, on flights between the months of January up until May 2009, failed to provide bilingual staff. For the incident of being served Sprite instead of 7-Up in 2000, they asked for $525,000 in damages but were awarded $5,375.95 after an appeal to have it reduced and the court ordered the airline to give the couple a formal apology. Mr. Thibodeau was later honored by the Imperatif Français, a group supporting language rights.

Canada has an Official Languages Act, and Air Canada, which is covered by the Act, is legally required to provide bilingual staff to service Quebec, Ottawa and other areas where there is a high demand for such services.

Air Canada had admitted that there were instances when they were not able to have bilingual service crew but they added that this does not mean that they are systematically breaching the Official Languages Act of Canada.

The Supreme Court of Canada is now going to decide whether the lower award money should be upheld or not.

Here are some of the issues which Air Canada admitted, and July 2011 ruling of the Canadian Federal Court, which is being appealed.

Some people think that it was difficult for Air Canada considering that other Canadian airlines are not bound by the Official Languages Act. It was unfortunate for the carrier because the airport and the flights in question were in Ottawa, where it would be normal to have airport and flight personnel who are French speakers.

In the same token, Sprite and 7-Up are global brands that need no translation and could not be translated, in any case. 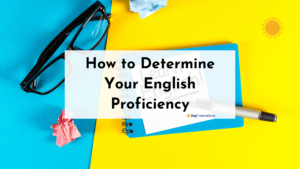