Without words, there are still many ways for people to communicate. A kiss, a smile, the fluttering of the hands, the movements of the eyes, a handshake and bowing the head – these are just some of the silent ways for people to speak to one another without voice.

In most cultures, it is customary to shake hands when meeting someone. But in Asian countries, particularly in Japan, China, Taiwan and Korea, bowing the head is the more traditional form of greeting. In Europe on the other hand, bowing the head is typically used by the aristocracy and nobility.

It is said that the deeper the bow, the deeper is the respect or gratitude shown by a person. But while Asians bow with their legs together and heads down, European males execute the gesture as a bow and scrape. This translates to the man bowing from the waist, with the left hand pressed in a horizontal position across his abdomen while the right leg is drawn back as he bows, scraping the floor in an arc towards the back and extending the right arm out to the side.

But there is more to bowing the head than just an act of courtesy, as you are about to see.

Bowing the Head in Asia

In this part of the world bowing the head takes on many meanings. It is a form of greeting, a sign of respect and used to express deference, sincerity, humility and remorse. The bow originates from the waist, with the back straight. Men place their hands on the side while women clasp their hands in front. Eyes should be down. It’s good to remember that the deeper the bow, the stronger the emotion that comes with it.

Fifteen-degree bows are used for informal and formal occasions while a thirty-degree angle bow is reserved for very formal times. Kneeling before bowing, with the forehead touching the floor is also done in extreme cases.

You’ll find head bowing is performed almost everywhere in Korea, Japan, Vietnam and China. It’s done before and after martial arts practice and competition, at tea ceremonies and at religious shrines. It may look simple but the performance of bowing the head is quite complex.

Expressions of apology in Taiwan, Korea and Japan require a deep bow of about 45 to 50 degrees for three seconds. The same is true when giving thanks. Bows are given to superiors and elders when greeting or saying goodbye. For non-Asians, it is acceptable to bow before shaking hands or vice-versa. The should be an informal one. In China and Taiwan, handshakes are often used, although bowing is still done during wedding ceremonies, for departed relatives, ancestral worship. The most beautiful bows are those done during tea ceremonies when no less than three types of bows are performed.

Head bowing – it’s traditional, it’s very respectful and very elegant. It’s a beautiful tradition that conveys so much more meaning than what a handshake could convey. 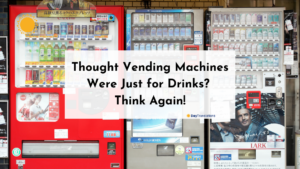