In Bosnia, Coffee Has a Distinct Culture All Its Own 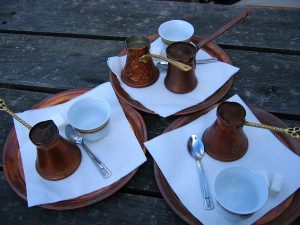 If you are not a connoisseur, coffee is just coffee but in Bosnia coffee has a distinct culture all its own. You should never order Turkish coffee when you are in Bosnia, lest you offend the locals, for their coffee is a matter of distinction and national pride. According to the locals, the main difference between Bosnian and Turkish coffee lies in the process.

Bosnia and Herzegovina had been under Turkish rule for almost four centuries and more than 135 years have passed since the Ottomans ceded the country to Austria-Hungary. Still, traces of Turkish rule can be seen, in the complimentary after dinner drink – rajika, in some of the words spoken, and in the country’s architecture. But while countries such as North Africa, Western Asia and in Southeast Europe where the powerful Ottoman Empire once ruled, serve Turkish coffee, in Bosnia, you get served Bosnian coffee, not Turkish coffee.

The process of making both Turkish and Bosnian coffee begins with roasted coffee beans that are pulverized in a manual coffee grinder until they turn into fine powder. The powdered coffee is cooked in a small, long-necked copper-plated pot called džezva. In Turkish this is called cezve. The Turks add the powdered coffee and sugar (optional) to cold water before they place the pot in the stove. The Bosnians boil the cold water alone.

After the water is boiled, a small amount is set aside while the powdered coffee is added to the džezva and put back on the stove to boil again for a few more seconds until the liquid rises to the top of the pot to near overflowing. This second boiling is to make sure that a thick foam is created. The procedure of boiling can be repeated a few times before the hot water that has been set aside is added to the pot.

The differences may be minute for those not very particular about their coffee, but for the coffee connoisseurs, these things matter. The addition of hot water at the end of the boiling process creates thicker foam, which is very important in Bosnian coffee. More robust flavor is drawn out by the addition of the ground coffee later in the process rather than in cold water before boiling.

How Bosnian coffee is served

Even the way coffee is served is different in Bosnia. Both Bosnian and Turkish coffee are thick like mud, bitter and very potent. Those are the characteristics they both share. But in Turkey, the cezve remains in the kitchen and the coffee is served in a single cup. In Bosnia, the full džezva pot, which could hold up to three cups, is served on a warm round iron tray. There will be a dish of sugar cubes, a glass of water and an empty ceramic cup. There will also be a Bosnian candy called rahat lokum.

There is also a process to follow when you are ready to take your Bosnian coffee. Take a sip of water first. Take a spoonful of foam from the top of the pot, fill the ceramic cup with the coffee and then add the foam to the cup. Do not add sugar directly to the coffee. Bite a bit from the sugar cube, put it under your tongue and sip the coffee to allow the sugar to dissolve.

Serving Bosnian coffee in a džezva is advantageous, especially for first time drinkers, as the grits from the coffee remain at the bottom of the pot. The copper pot also retains heat, keeping the coffee hot for a longer period, which is good because the strength of the coffee will not allow you to drink it hurriedly.

Coffee drinking in Bosnia is not just to get a shot of caffeine. It is an invitation to converse and make time for family and friends.

byBernadine Racoma -
0
6
4k
On September 28 and 29, 2013, the usually quiet town of Binissalem will hold its annual Grape Throwing Festival. This... 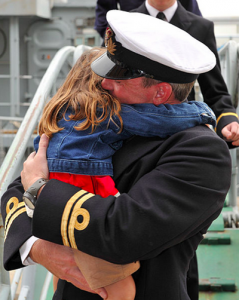 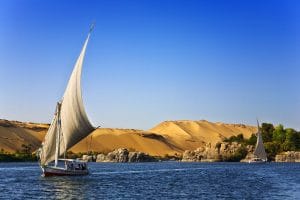 Culture
Thanking the Egyptians for the Written Language and More

byBernadine Racoma -
0
2
2k
Egypt is a country located in Africa close to the Nile River. Its history dates back thousands of years and...