10 Best American Actors of the Past 20 Years

Hollywood has given the world some of the finest actors who have entertained and enthralled us. For the past 20 years, there have been some American actors that have truly proven themselves and made going to the movies a treat. Known for their good looks and charm, these 10 best American actors have incredible talent and have been commercially successful and critically acclaimed.

While we may have a lot of say about the quality of movies coming out today, these crop of outstanding actors remind us what the craft and art is truly about. It’s a combination of talent, looks, dedication and hard work that has made them successful. In telling stories on celluloid, they teach us about our own humanity.

Here are the 10 best American actors who have been entertaining audiences for the last 20 years:

Even with 12 Oscar nominations under his belt, Jack Nicholson is still busy entertaining a new generation of moviegoers. In the 2000’s, he has done Anger Management, About Schmidt, Something’s Gotta Give and the Departed. Since the 1960s, he has been nominated for an Oscar and his commanding screen presence keeps audiences enthralled. From A Few Good Men, to playing The Joker and Melvin Udall in As Good as It Gets, Nicholson has shown versatility and makes acting look oh so easy.

Al Pacino can play anything and he can do it convincingly and he has been doing so since the 1970s. He has played the Devil in The Devil’s Advocate, a blind man in Scent of a Woman, a gangster in Scarface and he is forever immortalized as Michael Corleone in the Godfather movies. He is an Academy award winning actor who brings intensity and magnetic screen presence to any role he takes on. He has a total of some 44 nominations and 39 wins of various awards, including Emmy wins for his television role as Jack Kevorkian in You Don’t Know Jack and a lead in Angels in America.

This Growing Pains star grew to charm moviegoers all over the world as Romeo and later as Jack in one of the biggest movies of all-time, Titanic. His upcoming flick is The Great Gatsby, helping solidify his resume as an actor who does quality films, including Django Unchained, J. Edgar, Inception, Shutter Island and Revolutionary Road. All his movies have brought in more than $2 billion, making him one of the most bankable stars in Hollywood today.

This multi-nominated and two time Oscar winner actor is one of the most enduring actors in Hollywood, able to play the dramatic roles in Antwone Fisher, John Q, Philadelphia, Malcolm X and Glory or take the action lead in films such as The Taking of Pelham 1 2 3, Training Day and American Gangster. Denzel’s movies have brought in over $2 billion.

He’s Iron Man, Sherlock Holmes and Charlie Chaplin all rolled into one charming and very talented man. He’s fully recovered from his difficult past with drugs and is now one of the most bankable stars in Hollywood, his movies raking in almost $2.6 billion.

He is one of the most versatile actors in Hollywood, having played everyone from Captain Jack Sparrow, a vampire, Ed Wood, a Cheshire cat and the owner of a chocolate factory. His movies have grossed over $3 billion in the US and more than $7 billion worldwide.

Fresh faced Tobey Maguire can transform Peter Parker into Spider-Man for Sam Raimi’s blockbuster trilogy, show sensitivity in The Cider House Rules and play a jockey in Seabiscuit. Tobey is an avid chess player, poker player and is known to practice yoga and is vigilant about being vegetarian. Audiences will once again see him in The Great Gatsby, with fellow top actor Leonardo Di Caprio.

He one of the most enduring actors in Hollywood today. He has played such a wide range of roles, from comedic parts to dramatic or even action roles, such as God in Bruce Almighty, the country’s President in Deep Impact, or even scientist Lucius Fox in Batman Begins. His roles in The Shawshank Redemption, Driving Miss Daisy, Street Smart and Invictus have garnered him multiple nominations, before finally winning the coveted Oscar for his supporting role in Million Dollar Baby. His deep voice makes him ideal to take on jobs as a narrator, such as the narrator in Steven Spielberg’s movie, War of the Worlds.

This is the all-American Top Gun movie star who the world has fallen in love with as Jerry McGuire, did an Interview with a Vampire, done the Mission Impossible, is one of A Few Good Men, fought as The Last Samurai and fought to save his family in War of the Worlds under the Vanilla Sky. At 50, he still shows that he can Rock of Ages. He has a number of nominations and awards including three Oscar nominations under his belt and a Golden Globe win for his role in Magnolia.

1. Tom Hanks
No other actor can claim to have won back to back Academy Awards (for Philadelphia and Forest Gump). Hanks is one of the most respected and bankable stars in Hollywood today. He brought life to Robert Langdon in Angels and Demons and The Da Vinci Code, while charming children as the voice of Woody in the Toy Story movies. 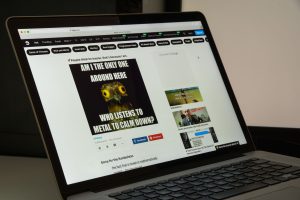 byBernadine Racoma -
0
2
3k
People who are active on social media sites are sure to be very familiar with memes. But what is a...

byBernadine Racoma -
0
6
2k
Mother’s Day is one of the most celebrated days of the year. In fact, it’s the busiest day for restaurants...

byBernadine Racoma -
0
2
3k
February 12 is the birthday of Abraham Lincoln, the 16th president of the United States. This son of a Kentucky...

byBernadine Racoma -
0
10
2k
Many Americans have been focusing on Thanksgiving held this Thursday but not everyone was perhaps aware that the Jewish Hanukkah...
View All Topics