Australian Slang: A Unique Way of Saying and Describing Things

Travelers to foreign countries usually rely on a traveler’s guide to tour a new country with ease, and a phrase book is an invaluable basic source of information when it comes to communicating in a foreign language. However, there will be instances when you would hear words that seem very unusual and cannot be found in a phrasebook. Most of these are slang words, like the Australian Slang, that are unique to the country and its people. With globalization and migration, some words might be familiar to you, although the meaning might be vague.

Australians have a unique habit of shortening words. Some speculate that it had to do with the country’s past history of being populated by convicts from England, who would not want others to know what they are talk about among fellow migrants. Here are some of them:

If you have seen Crocodile Dundee, then you’ve heard this phrase,”G’day, mate!” or just plain, “G’day.” This means “Hello.” The usual response here is, “Not bad, mate.” This means Fine, thank you. “Cheers, mate” is the same as the English word, Thank You, while “No worries” or No drama” translates to “You’re welcome” in Australian slang. If you notice, the word “mate” is often used. It actually means someone, a person, usually a male, It is a very useful term when you do not know or have forgotten the person’s name.

When you say “sorry” to an Australian, most likely you will hear, “You’re right.” This is their response, meaning “That is okay.” Goodbye for an Aussie could be, “See ya later,” “Take it easy,” or “Hoo roo.”

When an Aussie friend tells you to “grab a feed,” it means to “get something to eat.” While is a fast food outlet, when you order “to go,” Aussies say “take away” while a take away from a restaurant is a “nosebag.” If you hear an Australian say he’s “pissed” it does not mean he’s annoyed or mad, it actually means he is “drunk.” “Brekkie” means breakfast; “dinnies” is dinner and “tucker’ is food.

In Australian, any place outside the major towns or cities is called the “bush.” The desert areas in inland Australia are called the “outback.” For them, a wildfire is called a “bushfire.”

In parting, you’d hear them say, “I’ll give you a tingle this arvo” which translates to American English as “I’ll give you a ring (call) this afternoon.” And so, cheerio…toodle-oo. (It means goodbye).

Let’s Rock and Roll! The Music of
Languages 5 Min Read 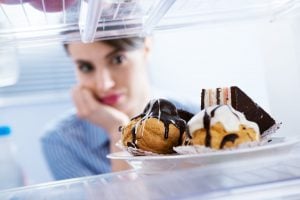