As American as Apple Pie

“As American as apple pie” is a common phrase that you might have heard all your life. It connotes history, a link to its past and origin. It also conjures images of home, the warmth of the kitchen, where the sweet and delicate aromas of baking bread, apples and cinnamon permeate the room. It reminds you of your grandma, your mom or your favorite aunt. Apple pie is a comfort food, a traditional food that usually finds its way in tables set for a holiday feast in American homes.

But did you know that apple pie did not originate from America?

The first known recipe for apple pie was included in a compilation of recipes in 1390 during the time of King Richard II. The compilation was originally done by the master cooks during that period. It was turned into an ebook by Samuel Pegge, entitled The Forme of Cury, for Project Gutenberg and was released in 2005.

The pies baked before 1545 did not contain sugar. And the pastry, called coffins way back then, were only used to hold the pie and not meant to be eaten. After 1545, sugar was introduced and the pastry became edible.

The apple pie, as a dish that is also served to England’s royalty, came to be one of the highest praises accorded to an English lady. English poet and dramatist Robert Green, wrote in his 1590 prose, Arcadia, that a beautiful lady’s breath is like steam coming from apple pies.

English colonists came to America in 1620 and brought with them their customs and traditions, including their favorite recipes. But the only native fruit they found were the small, sour and hard crab apples that were planted by the Native Americans.

Reverend William Blackstone arrived from Europe in 1623, bringing with him apple seeds. He started planting an orchard in Beacon Hill in Boston before moving to Rhode Island and starting another apple orchard there. Back in the 17th century, apples were called winter banana. Melt-in-the-mouth was also another name given to apples during those days.

Assimilation of the dish

Apple pies gained popularity during the 1800s among the early European colonists and the local inhabitants. With the numerous apple orchards that were started, pies became a way to preserve food, and a way to keep the fillings fresh over the winter months.

However, it was only in the 1940s when the apple pie became a mainstream food item, replacing the traditional mince pies, which was a staple food before apple pie took over. Why is this so? Some believe it came about because of some hype developed by the Apple Marketing Board of New York to revive the industry after apples were banned during the period of Prohibition, as the fruits were mainly used to make cider. The Board created many slogans, much of which became bywords, such as “an apple a day keeps the doctor away” and linking motherhood and apple pies to being very “American.”

As American as apple pie? Maybe not…

Arts and Culture
Let’s Rock and Roll! The Music of Ever
by  Bernadine Racoma
0
0
2k 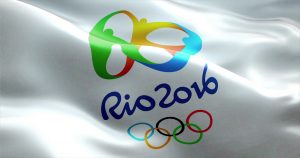