What Is an Ad Hoc Interpreter?

Professional interpreters are employed either by the healthcare facility or language service provider. They receive financial compensation. An ad hoc interpreter does not receive compensation and is typically composed of family members and/or friends of the family who speak English a little better than the patient. It could be some bilingual nonclinical and clinical hospital staff. However, the person does not have formal training in medical interpreting.

Scenarios in the Past

In the past, almost all healthcare institutions across the United States allowed family members, friends, neighbors and anyone who understood or spoke English better than the patient were allowed to be their interpreter.

The U.S. is swamped with immigrants from all over the world. Many of the earlier immigrants, especially the older ones, are often afraid to visit a doctor due to several factors. They are afraid because they do not understand English. They are unable to speak English because they live in a community where most of the older people speak their language. They cannot describe what and how they feel and the symptoms of their illness. They are not used to Western medicine because they are more inclined to believe in traditional medical practices performed in their country of origin.

Typically, they visit the doctor only when the situation is dire or they are forced by circumstances to be brought to the hospital or clinic. Often they are accompanied by family members or friends. Some bring their younger relatives who are able to speak English because they are schooled in the U.S.

But even if they can speak a little English or speak English fluently, it is difficult for them to become the interpreter because of their level of understanding of medical terms when describing symptoms.

These are dangerous situations because if the interpreting effort of the ad hoc interpreter is wrong, it could lead to misdiagnosis and errors in treatment and medication.

Examples of fatalities due to ad hoc interpreting

So many cases have been documented, proving that ad hoc interpreting can endanger lives.

The Case of Willie Ramirez

One of the classic examples is the case of Willie Ramirez who became a quadriplegic because he was treated for intentional drug overdose instead of the intracerebellar hemorrhage that caused him to be disoriented, had severe headaches and eventually rendered him unconscious. Everything stemmed from the mistranslation of the word intoxicado, which in Cuban-Spanish means the person had taken something that made him or her sick. It was mistaken to mean the same thing as the English term, intoxicated, which means drug overdose or extreme drunkenness.

The Case of the Tran Family

In the case of the Tran family, the nine-year old girl was interpreting her own case because her parents couldn’t speak English. In the middle of her interpreting, she collapsed and later died. She was Vietnamese. She was describing what she was feeling due to her adverse reaction to the medicine prescribed to her. Her prescription was not translated into Vietnamese. Her older brother tried to interpret but before he could make the doctors understand, she was already dead.

The Case of the Lin Family

In California, the daughter of the Lin family, who were immigrants from Taiwan, was also the ad hoc interpreter for her parents who were not English speakers. She was explaining that her head was struck by a tennis racket. She had brain abscess. Before the doctors in the emergency room could understand her, she collapsed and died due to respiratory arrest.

What the Law Says and Allows

If you go around interviewing medical practitioners and healthcare providers across the United States, you’ll compile thousands of documents of patients with limited English proficiency (LEP) visiting healthcare institutions accompanied by family members, relatives, neighbors and friends who act as the ad hoc interpreters for the patients. Some of them are proud that they are able to speak a little English and try to display their acquired skill every chance they get.

The law now prohibits family members, friends or relatives from being an ad hoc interpreter for a sick person who is unable to speak English.

The many horror stories due to errors of ad hoc interpreters made the law stricter in this regard. It is critical for doctors to have an accurate interpreting of the condition of a patient for proper diagnosis and treatment. This is meant to save lives. At the same time, using professional medical interpreters eliminates the chances of committing costly errors.

There are several provisions under Section 1557 of the Affordable Care Act (ACA) for medical professionals, institutions and healthcare providers, including nondiscrimination in the administration of healthcare programs and when providing healthcare services.

Section 1557 mandates that persons with limited English language proficiency should have equal access to medical care. Healthcare facilities, especially those that receive federal funding, including Medicare and Medicaid, should give professional language assistance, like providing a qualified medical translator for all written documents and a qualified and trained medical interpreter for oral interpretation, in different formats.

The law firmly says that healthcare facilities should not allow the use of family members, friends and relatives as ad hoc interpreters, except during emergencies when a professional medical interpreter isn’t readily available.

Moreover, bilingual staff of healthcare facilities should not be asked to act as ad hoc interpreters for LEP patients.

On the surface, it seems illogical to disallow family members to be the ad hoc interpreters for their sick relative, considering that they are able to speak the language that the patient speaks.

However, there are several valid and compelling reasons why ad hoc interpreters should not be allowed.

How About Bilingual Staff in the Healthcare Facility?

According to Section 1557, bilingual staff members in clinics, hospitals and other healthcare institutions are also prohibited to act as ad hoc interpreters.

An aide or a nurse may not be very fluent in the foreign language but cannot tell their superior. They may have the healthcare training but do not have the deeper knowledge required to properly interpret the patient’s condition.

It’s understandable for LEP patients to rely on their family member to interpret for them but it can bring damage to people who are involved in the process. Accuracy in the delivery and receipt of the message is an issue. Studies over the years have shown that using a professional medical interpreter reduces the opportunities for miscommunication.

Use the Right Medical Interpreters for Your Facility – Contact Us

Rely on Day Translations, Inc. to deliver accurate and professional medical interpreting services, whether you need over-the-phone interpreters, video remote interpreters or on-site interpreters. We are HIPAA-compliant, which is an assurance that we follow the language requirement protocol. We also abide by the provisions of Section 1557 of the Affordable Care Act. Let us discuss what type of language services you need for your facility. We are open 24/7, 365 days of the year, so you can call us anytime at 1-800-969-6853 or send us an email at Contact us.` 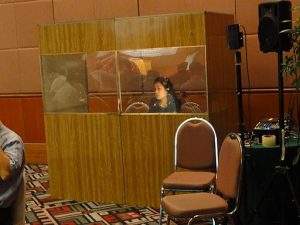 Business
6 Things to Consider When Hiring an Interpreting Company

byDay Translations -
0
0
1k
Selecting the best interpreting company is not a simple and straightforward process. You can’t just fire a Google search and...

byBernadine Racoma -
0
2
3k
No one can deny the need for medical interpreters nowadays, not only in hospitals but also in health centers and medical... 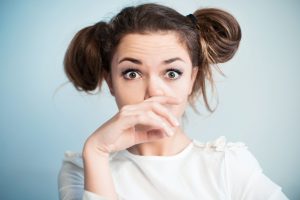 byChristina Comben -
1
12
14k
Breaking down cultural barriers, helping people understand each other globally and aiding the preservation of languages throughout the world is... 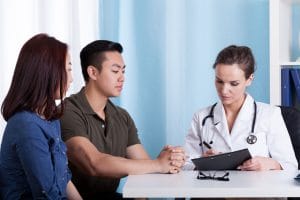 byBernadine Racoma -
0
1
2k
Aside from medical translations, healthcare facilities in the United States that are receiving federal funding are mandated to provide medical...
View All Topics