Songkran, a Festival of Respect and Life

For many different cultures, festivals are often held to celebrate special moments in history, while others are held simply to rejoice. The traditions involved in these events can range anywhere from common to downright strange, but one thing is always guaranteed – it is a wonderful experience like no other. While tourists might have a difficult time understanding or interpreting the traditions and culture of a people despite weeks of observation, attending even a single festival is likely to give them a different perspective. This is due to the fact that these ancient celebrations offer a glimpse of the country’s treasured history, and is often considered something of a crash-course in ethnicity.

The Songkran is one such festival, celebrated in Thailand at the start of their New Year’s celebrations. The actual term is derived from the Sanskrit word, saṅkrānti. It normally refers to the customary New Year’s date, which is generally celebrated by most of Southeast Asia. It might also refer to the date (also New Year’s Day) celebrated by the people of Northern Vietnam, and Yunnan, China.

A Festival of Water

Those who have attended this lively festival in Thailand know that there is one thing that separates this celebration from many others – and that is the water. Even in the quieter neighborhoods, you’ll find people ambushing and drenching other people or each other with a garden hose, tossing water balloons or even hosing another person down with a water gun. Don’t despair, as this has nothing to do with hostile intent; in fact it is quite the contrary. Being drenched with water during Songkran is a sign of washing away all of the bad karma as well as the questionable aura of the year past. You are also likely to smell quite fragrant by the end of the water ambush, as most add quite a few herbs to their liquid concoction.

Surprisingly, while all the focus on water might make it seem like the festival is all about washing away the questionable karma; it is actually a relatively new concept. The Songkran of ancient tradition celebrated the elders of the community most of all. It was a deeply rooted tradition that sought to appreciate everything the elders have done for the younger generation. Fortunately, despite all the fun and games with the water, this is still the focal point of this ancient festival.

Songkran Celebrated in Other Forms and Cultures

Generally, Songkran isn’t handled too differently no matter where it is celebrated. Some examples include the people from Laos, where the festival is called pee mai lao, the Bengali (where it is called Pohela Boishakh), Cambodia (Chaul Chnam They), Myanmar (Thingyan) and the Assamemese people (Rongali Bihu). China in particular includes plentiful splashing of water as well as fragrant herbs to celebrate the New Year.

The Tamil, Sinhalese, Malayali as well as the Punjabi’s celebrations fall on the same date, which makes Songkran one of the liveliest celebrations all across Asia. The Nepalese and Sri Lankans celebrate around the same date as well, though with different traditions and customs.

While the water festival is celebrated all across the country, there is a city where Songkran is held the longest. Chiang Mai, which is a city located in the northern area is deeply rooted to this particular festival, and often celebrates it for an entire week. The festivities became so lively and well-known that many foreigners far and wide travel to Chiang Mai during the Thai New Year to experience and enjoy it.

When to Expect the Next Big Celebration

Due to the fact that it is a Southeast Asian New Year’s celebration, the dates between the years do not change (at least, not dramatically). For  2013 the annual Songkran is similarly celebrated on the same date last year – April 13 to 15. On some years, the celebration ends on the 16th, but either way Chiang Mai is likely to celebrate it for twice as long.

A Festival of Respect and Life

With ancient traditions that seek to honor its elders and a wonderful perspective on life in general, Songkran is something that everyone needs to experience at least once in their lifetime. It is at its very core, a festival that both celebrates and respects life. 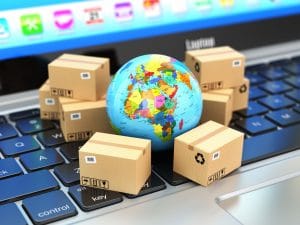