Worldwide, the number of living languages today is 7,099 according to the latest data from Ethnologue. The number continues to diminish as years pass because many languages become extinct as native speakers die. Languages evolve, just like human and cultural changes are inevitable. Language is communication, both verbal and written. But language diversity makes it difficult for speakers of different languages to understand one another. This is one of the reasons why translation is important for effective communication.

The evolution of languages is very gradual and minute. They continue to evolve from generation to generation so there is no gap between the original language and whatever language is created through the assimilation of other languages. It is difficult to tell which ones are the oldest languages because they are of the same age as humanity itself. However, there are languages that are quite distinct and different and have an aura of antiquity that keep them apart from other languages. Here are some of the old world languages that are still spoken today.

Hebrew is 3,000 years old and spoken mostly in Israel. The language stopped being used around 400 CE. But it was preserved and used by Jews around the world as a liturgical language. But when Zionism gained prominence in the 19th and 20th centuries, the use of Hebrew was revived. Today it is Israel’s official language.

When Ancient Hebrew was no longer spoken, people continued to study the languages. It was also used in poetry and literature and in religious ceremonies. Statistically, languages become extinct when there is an absence of native speakers, but Hebrew proved to be different. When the Jews started to return to Israel beginning in the 19th century, the use of Hebrew as an everyday language was revived. From there it again became the language of instruction in selected schools.

The history of the Basque language is still a mystery. But linguists believe that it existed in the area before the Romance languages, Spanish and French developed. Its exact origin is not known but linguists think that it existed before the Indo-Europeans descended in Europe. It’s believed to be Western Europe’s oldest language.

Tamil is more than 2,200 years old and used in Malaysia, Singapore, Sri Lanka and India. It is an official language in Singapore and Sri Lanka. About 68.7 million users are located in India, with 60.7 million speaking it as their first language. In total, it is spoken in 7 countries. Tamil holds the distinction of being the only classical language that survived from antiquity to modern age.

It belongs to the Dravidian language family, which consists of other languages that are native to eastern and southern India. Tamil is an official language of Tamil Nadu. Some inscriptions in Tamil were discovered by researchers that were from the 3rd century BCE. The language was used continuously since that time. It continues to develop and is the 20th world language with the highest number of first language speakers.

The first written text in Lithuanian on record dates back to the 16th century. It belongs to the Baltic branch of the Indo-European language family. It retained most of the features of the Proto-Indo European family, which is said to be the origin of the Indo European language family. Due to the presence of these ancient features in Lithuanian, it is considered as one of the oldest of the living languages. It has things in common with Greek, Latin and Sanskrit.

Lithuanian is spoken in Lithuania, Latvia and Estonia and has about 3 million speakers from these countries.

Some people might not recognize the term Farsi but would definitely know Persian. In fact both terms mean the same thing. The language is spoken in modern day Tajikistan, Afghanistan and Iran and some other places. Farsi came from Old Persian, the language that was used during the time of the Persian Empire. In Tajikistan and Uzbekistan, the language is known as Tajik. The Afghans call it Dari and it is called Farsi in Iran.

The modern form came into being about 800 CE. Many modern languages have many differences from its ancestors. Farsi on the other hand did not change much. Modern speakers would still be able to read Persian texts that were written around 900 CE.

Old Persian existed during the Achaemenid Empire or the First Persian Empire that reigned from 600 BCE to 300 BCE. The oldest Old Persian inscription discovered existed between 522 BC and 486 BC and was reportedly composed by King Darius the Great.

Icelandic is a Germanic language from the Indo European language family. It came from the North Germanic branch. Just like Lithuanian, Icelandic retained many of the features of the Indo European languages. The Norse settlers brought the language into Iceland but even the Danish, which came into the country from the 14th to the 20th centuries, were not able to have that much influence in the Icelandic language. Thus, speakers of Icelandic today would be able to read Norse sagas that were written many centuries ago. Even the written Icelandic, despite the broader vocabulary, did not have that many changes since the 11th century.

Icelandic is spoken by nearly 314,000 people. Some speakers are located in the United States, Canada and Denmark. The oldest preserved texts in the language date back to 1100 CE.

Macedonian is a language that is a closely related to Bulgarian. Ancient Macedonian is believed to either be one of the dialects of Greek or a different language that is associated to the Greek language. The ancient language was spoken in the 1st millennium BC and was used in the Kingdom of Macedonia. It is part of the Indo European language family that lost its use around the 4th century BC, replaced by Attic Greek.

About 2 million people speak Macedonian as a first language and most of the speakers are located in the Republic of Macedonia and some parts of Serbia, Romania, Montenegro, Greece, Bulgaria and Albania.

The existence of the Finnish language was further back than the existence of its written version, which dates back to the 16th century. It is a member of the Finno-Ugric language family that also includes Hungarian, Estonian and other minor languages spoken in Siberia.

Today, Finnish is spoken in Western Russia, Sweden, Norway, Finland and Denmark. About 5.4 million people speak Finnish as their first language. Overall, it is spoken by 5.6 million people from all countries.

Georgian is a main language in Georgia, Azerbaijan and Armenia. It came from the Kartvelian language and a part of the Indo European language family. Spoken mainly in the Caucasus region, it is the only one of the Caucasian languages to have a literary tradition since ancient times. Its alphabet, which is adapted from Aramaic, is also very old.

It’s estimated that Georgian came around the 1st millennium BC somewhere in the Kingdom of Iberia. Its written form came about due to the conversion to Christianity of the Georgian elite around the middle of the 4th century.

The Irish language existed around the 3rd or 4th century CE. It’s mainly spoken in Ireland. More than 1.2 million speak Irish Gaelic today. A part of the Celtic branch of the Indo European language family, it has been spoken in the islands that are known as Ireland and Great Britain today. It was around 2600 BC, when an ancient Celtic-speaking tribe settled in Ireland. The language evolved into Primitive Irish around the 3rd or 4th century BCE.

Manx and Scottish Gaelic originated from Irish Gaelic. It has its own vernacular literature that is the oldest among the languages spoken in Western Europe.

Compared to the other languages that usually have an oral form first, the Chinese language has a written form that is about 6,000 years old. Some linguistic scholars think that the Chinese language evolved from the Yangshao culture from the late Neolithic Age. They existed at the Loess Plateau, which thrived along the Yellow River.

Chinese, including Mandarin and its other forms are spoken today in 37 countries by about 1.3 billion people.

Several more languages qualify to be included in this list, but these are some of the top languages. Do you know of other old world languages that are still spoken today? 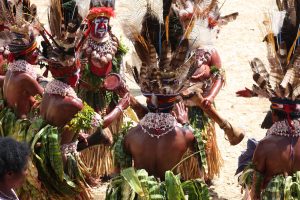 Languages
Which Country Has the Most Languages in the World?

byChristina Comben -
1
4
10k
You probably already know by now that there are a lot of languages in the world. Each time you travel...

byBernadine Racoma -
0
6
2k
With globalization and the increasing sophistication of modes of communication, it has become doubly important for people to learn a... 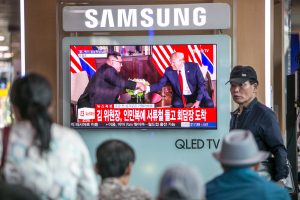 byBernadine Racoma -
0
1
1k
Multimedia or audiovisual translation is the new perspective on how people communicate, said the Director of the Centre for Translation... 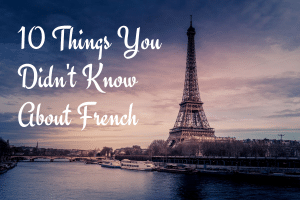 Languages
10 Things You Might Not Know About the French Language

byBernadine Racoma -
0
0
2k
The French language is the fifth most spoken language in the world, according to the latest edition of Ethnologue. The...
View All Topics