The Netherlands: The Country, Its Language and the King’s Day

King Willem-Alexander of the Netherlands was born on April 27. 1967 His birthday is celebrated by the entire nation with several concerts, street parties, and huge free (vrijmarkt) markets. During the annual celebration, the royal family chooses a specific city to visit. They mingle with the people in the area and join in the traditional games and other ways to have fun. The Netherlands has a huge canal system, and many people ride boats, cruising along the waterways while playing music, singing and having a party. Large events are held in major cities, such as Utrecht, The Hague, Rotterdam and Amsterdam.

Streets all over the country become a sea of people out to have fun, many waiting for the entertainment shows to begin, although street parties are ongoing. It can be a strange sight for tourists to see most locals wearing something orange. They call it oranjegekte or orange madness. They either don orange clothes, orange shirts, wigs, crowns, feather leis in various shades of orange. Some even wear orange makeup to complete the look.

Orange is the national color of the Netherlands. It is also the color of royalty, which uses the House of Oranje as their symbol. Incidentally, the creation of Oranjebitter, a special drink, made a revival since the start of King Willem’s reign. It was first produced in 1620 to salute the victory of Prince Frederick Henry, the Prince of Orange.

Koningsdag or the King’s Day is a national holiday therefore banks, government offices and many businesses are closed. It was proclaimed in 2013 after the abdication of Queen Beatrix. Stores open for business at different hours and some open for half of the day only. Public transportation is available throughout the day, with extra services to ferry commuters who partied until late in the evening. Some restaurants may remain close while others will only serve special meals in honor of the day. In the main cities, the Dutch start to celebrate on the eve of the King’s birthday by having a huge free market in the evening to sell themed products and second hand goods as the ban to sell goods on the street is lifted. 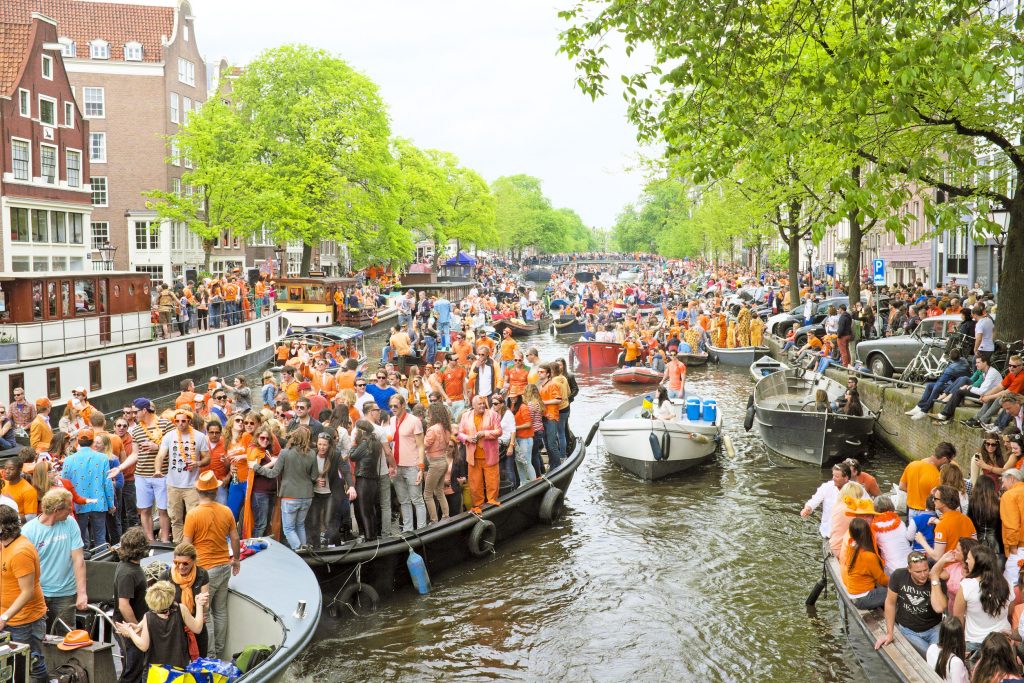 The Netherlands or Nederland in Dutch, is a country in Europe. Informally it is called Holland although in the context of the country, Holland comprises only 2 out of the 12 provinces of the Netherlands. The country’s name translates to ”lower countries” because it is geographically flat and low-lying, with the highest elevations only about a meter above sea level. Officially, the Netherlands is a kingdom, a constitutional monarchy called the Kingdom of the Netherlands, whose head of state is King Willem-Alexander. His birthday is on April 27, which has been declared as King’s Day and honored with a countrywide celebration.

Remnants of the earliest known humans that inhabited the area 250,000 years ago were found at Maastricht, one of the higher places in the country.

Starting from 800 BC, the Proto-Celtic culture from the Iron Age began to gain more influence on the region, replacing the dominance of the Hilversum culture, the last of the prehistoric peoples in the Netherlands.

The Germanic Ingvaeones from the North Sea later became the Frisii and eventually formed the Saxon tribe. The Istvaeones or the Weser-Rhine Germanic tribe formed the Salian Franks or the Salians that occupied the areas along the Rhine.

The Romans started their invasion of the area in 57 BC. The resulting wars among the Romans, the Saxons and the Franks led to the collapse of the Roman Empire and the struggle for dominance among the remaining tribes.

The Franks were able to expand their territories in the southern part of the Netherlands and into Gaul, which consisted of present day Belgium, Northern Italy, Switzerland, Luxembourg, France and other parts of the Netherlands and Germany. The Franks who migrated to these regions adopted Vulgar Latin while those that remained in their original territories continued to use Old Frankish, which evolved into Old Dutch later.

In the northern areas that were abandoned, the Saxons started to resettle. They were related to the Frisii, Jutes and Angles tribes. Many of the Saxons reached England and became the Anglo-Saxon group, while those who stayed in their settlements chose to remain as Frisians. They also elected to speak Frisian, which is very close to the type of English used in the European continent.

Several more tribes and bigger nations conquered the Netherlands. After the long struggle, the Dutch triumphed and became one of the world’s first capitalists. The Dutch Empire grew and expanded, reaching its peak during the Dutch Golden Age in the 17th century. It evolved into a major economic power and world seafarer. Their art, military and science were some of the world’s best during this period. The Dutch had colonies in Africa, Asia, South America and North America.

Throughout its turbulent past, the Netherlands has various names in other languages, which was also true for the languages spoken in the country.

Dutch is the official language of the Netherlands and it has 16 million speakers in Europe. Across the globe, Dutch is spoken by about 23 million people. It is from the West Germanic branch of the Indo European language family. Dutch is also spoken in Suriname, Aruba, Sint Maarten, Belgium, Curaçao and the Caribbean Netherlands.

The second official language, which is spoken in Friesland, is West Frisian. The kingdom recognizes some regional languages from the Dutch Low Saxon that consists of Drents and Twents, and Limburgish from the East Low Franconian dialects.

Romani and Yiddish received recognition as non-territorial languages in 1966.

The education laws of the Netherlands support foreign language learning. English is offered in secondary schools, thus about 90% of the Dutch population is able to speak English. Also widely spoken in the Netherlands are German, Spanish and French.

The English language is given official status in Amsterdam although Dutch remains the main language and used solely in a large number of primary and secondary schools. Bilingual schools in Dutch and English are also available.

Dutch Nederlands and Netherlandic are the alternate names of the Dutch language. In Belgium however, it is more popularly known as Flemish Vlaams or simply Flemish. During the Middle Ages the language was called Duutsc or Dietsc that translates to ”language of the people.” The former was used by English and translated into the term ”Dutch” that we know today.

For informal situations, several dialects are spoken by the locals, especially if they are among friends, family and community members. In official and public use and in schools and colleges, Standard Dutch (Algemeen Nederlands or Standaardnederlands) is used. The nouns in Standard Dutch do not have case endings.

If you intend to travel to the Netherlands soon, it is a great idea to learn some basic words and phrases. Although English is widely spoken, locals often are more helpful to visitors who make the effort to learn their language.

Accuracy is critical when translating documents. Dutch is a complex language and needs expert translators. Contact Day Translations, Inc. when you need translations from and into Dutch. All our translators, who are located worldwide, are native speakers. For high quality, accurate and professional Dutch translations, call us at 1-800-969-6853. You can also fill in our form to contact us to request a quick quote. Day Translations operate 24/7, 7 days a week, 365 days a year.

From all of us here at Day Translations, Inc. we want to greet King Willem-Alexander of the Netherlands a very Happy Birthday! 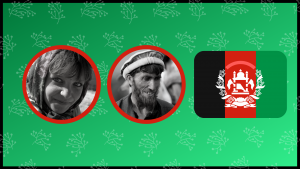 Languages
Who Are the Nuristanis?
by  Aaron
0
3
2k