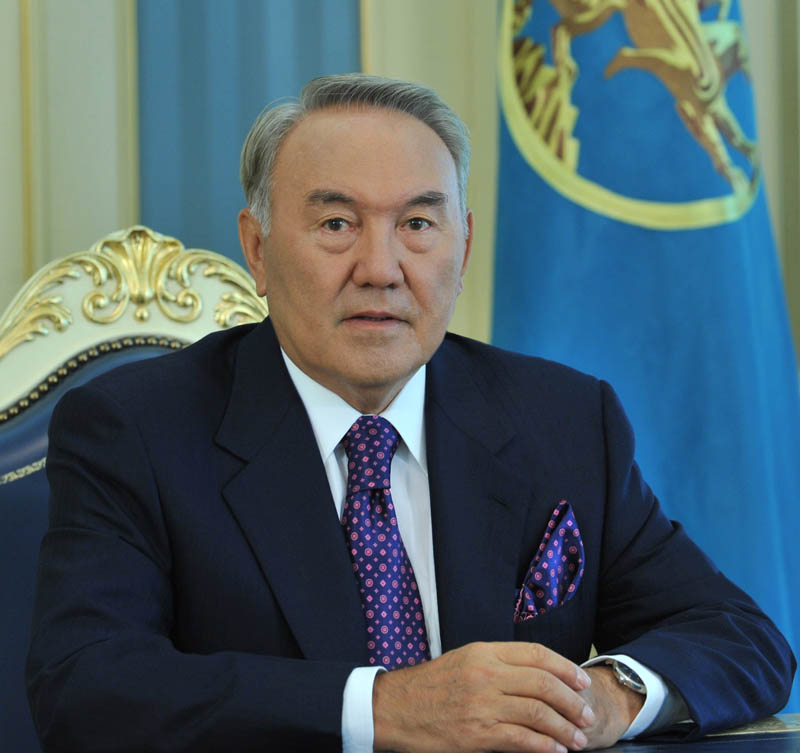 Kazakhstan Changes its Alphabet Once Again

Preparing for globalization and modernization, Kazakhstan changes its alphabet, which is the second time within a span of several months. The first decree to change the alphabet from Cyrillic to Latin was made in December 2017. In February 2018, a new decree was issued regarding the same subject. As President Nursultan A. Nazarbayev said, it is to prepare the younger generation for the future. The change in the alphabet is expected to be fully implemented by 2025.

The first decree was met with a lot of protests. The alphabet had 32 letters and many of them included apostrophes to emphasize distinct sounds. Citizens made petitions online to remove the apostrophes, saying that it made the writing and reading more complicated. Critics also said that no consultations were made before the decree to change the alphabet was presented.

Based on the decree issued on February 2018, the revised alphabet will still have 23 Latin letters and 9 accented letters.

For one thing, the apostrophes have been removed. For stressed and distinct sounding letters, digraphs and diacritics would be used. Kazakhstan is going to adopt Turkmenistan’s system.

Based on the October 2017 decree, the term carrot that is written in Cyrillic as сәбіз, and spelled in Latin as sabeez, would be written as sa’biz (using –a’).

But with the new system introduced in February 2018, the Kazakhs do not have to press apostrophes repeatedly on their computers, tablets and smartphones. The new system is more elegant, with accents replacing apostrophes, thus letters such as a’, o’, u’, g’, n’ and y’ would no longer be used. The letter s’ was replaced by sh and c’ became ch.

You can see the changes from the original proposal that was presented in December 2017: 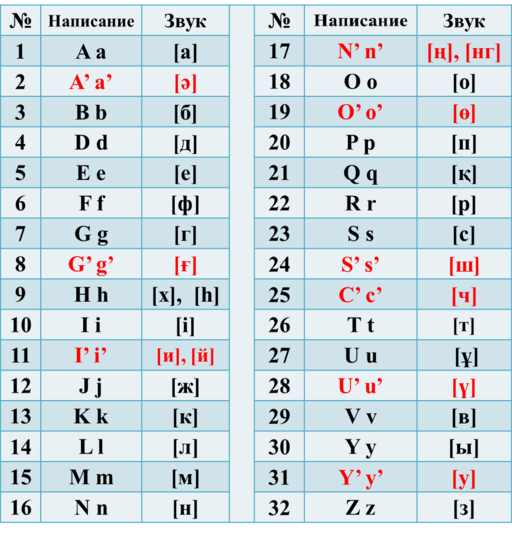 Scripts of the Kazakh language

It uses three types of alphabets – Arabic script, Latin and Cyrillic. The use of these alphabets was episodic. Arabic was used initially before being replaced by Cyrillic by Russia. Cyrillic was not accepted widely and Arabic was again introduced. In 1927, the banning of Arabic and the use of Latin alphabet were imposed. In 1940, Latin was replaced by Cyrillic in writing Kazakh.

The modernization program of the government included the use of the Latin alphabet once again starting in 2006.

The earliest was the Arabic script, introduced in Kazakhstan around the 11th century. It is the official alphabet used in the Ili Kazakh Autonomous Prefecture and in the Altay Prefecture. Both of these prefectures are located in China’s Xinjiang Uyghur Autonomous Region. Arabic is the script used when writing in Kazakh language until 1927.

An attempt was made in 1924 to reform the Arabic script to better suit the language, including the addition of Arabic letters to represent the Kazakh sounds that are not available in Arabic. The modified Arabic script is also used by Kazakh speakers in Afghanistan and Iran until 1927. The Kazakh Arabic alphabet has 29 letters and one digit called the upper Hamza. This is added to the beginning of words to indicate front vowels for the particular word.

Around the 1800s during the period of the Russian Empire, the Cyrillic alphabet was introduced in Kazakhstan. In 1940 it was adopted by the Soviet Union.

The current form of the Cyrillic alphabet, which was adopted in 1940, has 42 letters. The Russian alphabet contributed 33 letters and 9 letters were added to represent sounds in Kazakh.

In a way, it is similar to the Japanese script, whose main characters or kanji were adopted from Chinese characters, while the rounded characters called katakana are only used for loanwords, suffixes, particles and auxiliary verbs while the angular hiragana is used for inflected verbs and adjectives.

This alphabet is used in Kazakh diasporas in Uzbekistan, Turkmenistan, Russia, Kyrgyzstan and in Mongolia’s Bayan-Ölgiy Province. It is also used in several places in Russia where Kazakhs live.

Several versions of the Latin alphabet are employed when writing the Kazakh language, depending on the location. A version using the Turkish alphabet as base is used by the Kazakhs living in Turkey, in Kazakhstan and countries in the west, although this is not an official version.

Pres. Nazarbayev originally ordered the Cyrillic script replaced by Latin script in 2017. However, 10 years ago, he was opposed to the idea. He said that the people have been using the alphabet for 70 years so they should not be in a rush to change it. He added that what the country needs is peace and stability.

In 2015, Arystanbek Mukhamediuly, the Minister of Culture and Sports said that a transition plan to change the writing system was in the works. An initial announcement was made by the Kazakh president in April 2017. The president said that the Kazakh culture and language were devastated when Kazakhstan was under Soviet rule thus, changing the writing system from Cyrillic to Latin is putting an end to Russian influence and affirming their national identity.

At that time, the president also mentioned that the new alphabet would not have dots and hooks, referring to diereses and cedillas. The new alphabet, a transliteration of Cyrillic into Latin, would have apostrophes on some of its letters – those letters representing Kazakh sounds with no direct equivalent in Latin. In that initial stage, the new alphabet will be almost the same as the Uzbek alphabet and the Latin alphabet used by the Karakalpaks, a Turkic ethnic group.

As previously mentioned, the original decree was amended after it earned so much criticisms.

The journey of the Kazakhs and their language

The terms Kazakh and Cossack share the same origin. The name is a reflection of the nomadic culture of the Kazakhs. It came from qaz, a Turkic work that means to wander. The name of the country, Kazakhstan can be translated literally into land of the wanderers, since ”stan,” which is a Persian suffix, means place of or land.

Kazakhstan is an old country that has been inhabited ever since the Paleolithic times. Later, Turkic nomads inhabited the territory and it became part of the Mongolian Empire ruled by Genghis Khan in the 13th century. It came under the rule of the Russian Empire starting in the 18th century. It was the last country to declare independence from the Soviet Union, so it is not surprising that many people speak Russian instead of Kazakh.

The first and only president of Kazakhstan, Nursultan A. Nazarbayev, has been in his position for 26 years. He’s a diplomat who has managed to keep Russia at bay and navigate the testy waters around Washington, Beijing and Moscow. He was able to have friendly relations with these political powerhouses.

A language reform commission member and political analyst Aidos Sarym believes that the president has turned the country into one that is prosperous and stable despite the economic decline and political chaos in the region. However, he added that language is not an issue that cannot be decided by government officials alone.

While it is important to assert the national identity of the Kazakhs after being subjugated by a foreign power, language is still a very sensitive topic.

The current population of Kazakhstan is about 18.3 million. The country has two official languages, Kazakh and Russian. Kazakh is spoken by about 5.3 million people in Kazakhstan. However, the Russian language has more speakers in the country – about 6.2 million. Given official recognition are Uzbek, Uyghur, Ukrainian, Turkish, Tatar, Tajiki and German. Sinte Romani, Plautdietsch, Ingush, Ili Turki and Dungan also have native speakers in Kazakhstan. Immigrant languages include Greek, Azeri, Korean and Belarusian.

According to the latest edition of Ethnologue, Kazakh is spoken by 12.8 million people around the world.

Still, the president argued that it is time to break away from what’s traditional and prepare the younger generation for a better future.

Kazakhstan gained independence from Russia in 1991 and since then it has steadily broken away little by little from Moscow’s cultural and political legacy.

The Russian language has been replaced with the Kazakh language, decreed to be used in government and education systems. English is on the level with Russian in terms of being taught as a foreign language.

Many people thought that the shift to Latin alphabet is long overdue. It cannot be helped that ethnic Russians in Kazakhstan and Moscow’s Russian Orthodox Church would object to the alphabet shift.

Day Translations, Inc. is up to date in everything that concerns languages around the world. Rest assured that our native speakers would be able to translate your documents from and into Kazakh and other languages using the new Latin Kazakh alphabet. For all your document translation needs, rely on the experts from Day Translations. We are available any time of the day, any day of the year, wherever you are. You can get in touch with us through email at Contact us or by calling 1-800-969-6853. 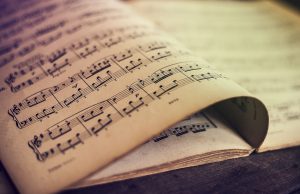 General
The Most Translated Songs of All Time

byDay Translations -
1
1
5k
The most translated songs of all time are difficult to determine. Each group of people has their own choices, mostly... 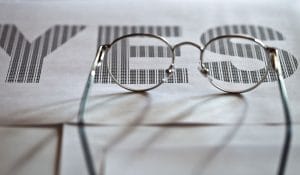 General
Do Multilinguals Fare Better in the E-Y-E-S Spelling Test?

byDay Translations -
0
0
1k
Before reading this article, consider viewing the video below. It’s a compilation of a number of various videos showing how... 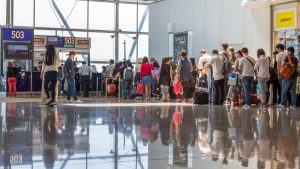 Travel
Immigration, Emigration and Migration: What are the Differences?

byBernadine Racoma -
0
6
13k
Media outlets have been inundated with stories about immigration since U.S. President Trump made it one of his political agenda....