Korean Traditional Dancer Jo Gap-nyeo is already 90 years old and 2013 marks her 80th anniversary as a traditional Korean dancer. In fact she is the last of the dancers that had been trained by a dance master from the Joseon Dynasty that ruled Korea from 1392 to 1910. To celebrate her dance career anniversary, the Seoul Gyobang is planning to have the ageless dancer on stage in autumn. The respected dancer said that she tried to abandon dance before because she wanted to be a good wife as well as a good mother. But dance is in her blood, she wanted to dance and the world wanted to see her again.

Seoul Gyobang is an organization of professional dancers in South Korea whose aim is to preserve and promote the traditional dances of their country. Dancer and dance theorist Kim Kyeong-ran together with her 70 students established Seoul Gyobang in 2010.

Jo Gap-nyeo’s father taught the local gisaeng troupe in their hometown of Namwon in North Jeolla how to use musical instruments. She must have inherited her love for music from her father. She learned pansori, a traditional narrative singing style when she was still a young child. She also learned instrumental music and dance. She met and became the pupil of the last master of Joseon’s court dance, Lee Jang-seon when she was nine years old. Her teacher said that Jo was brilliant because [sic] she had dance in her body.

Her debut came a year after in 1933, during the third Chunhyang Festival in Namwon. It is a regional festival in the area, which tells the story of a classic folktale, Chunhyanjeon, a story about the heroine who was a model of faithfulness. At ten years of age, she was the youngest participant at that time. At the following year’s festival, Jo performed solo on stage. She performed a monk’s traditional dance, called “seungmu” and she was the Buddhist monk. She overwhelmed the crowd and at age of 12 she was already being called a master.

Jo Gap-nyeo and Jang Geum-do, another respected traditional dancer are masters of “minsalpuri.” Minsalpuri is a version of “salpuri,” a traditional dance where the series of dance moves and a white cloth are meant to drive away evil spirits. Jo’s version is a minimalist one, without the use of a cloth but she still wears the white costume. In minsalpuri, the hands are used to appease and embrace the spirits; therefore there is a need for the hand movements to be heavier.
Abandoned dance career

She was 19 years old when her father died and soon after she married a wealthy businessman from her home province of North Jeolla, Jeong Jong-shik. At that time her husband was the one of the richest in the province. In those days, traditional dancers like her were called “gisaeng” or courtesan, a not-too flattering term. For fear of being labeled as such, which could be passed on to her children, and because of her husband’s status, she abandoned dance soon after marriage, preferring to be a wife and eventually a caring mother to her 12 children, four of which were her husband’s children from his first wife.

Dancing on and off

While she meant to forget about dancing, her followers and the general public were not in agreement and she would be constantly getting phone calls and invitations to once again grace the stage. She did say yes to some, saying that she would dance when she felt that she had to dance. For her, dancing should come from the heart. In a recent interview she said that her memory now is a little faint so she cannot fully recall her last performance.

In a concert of Jang Sa-ik, one of South Korea’s most popular singers who combines “pansori” with popular music, Korean traditional music and jazz, Jo gave a performance that earned her a standing ovation from the crowd, including 300 people from various diplomatic circles. She entered the stage seated on a wheelchair but when she danced the minsalpuri, her training and natural grace showed. Her back may be bowed and her legs less firm, but the sway of her waist was still comparable to the pliant branch of a willow.

She was persuaded to again perform in the Chunhyang Festival in 1971, which was also when the Wanwoljeong Pavilion adjacent to Gwanghallu, a beautiful garden and tourist attraction in Namwon. In 1976 community leaders first persuaded her husband who in turn persuaded her to perform for that year’s festival. She disappeared from the dance scene for 31 long years before making an appearance at the Seoul International Dance Festival in 2007. It took some time for her to finally agree to perform, despite frequent visits from newspaper reporters and officers of the Cultural Heritage Administration. Jo Gap-nyo even revealed that a broadcaster resorted to “kidnapping” her in 1978 so that she could be filmed dancing the minsalpuri.

byBernadine Racoma -
0
6
2k
It is Father’s Day weekend and Americans are looking forward to a day of celebration with their families. Some are...

byBernadine Racoma -
0
2
7k
When one thinks of the beautiful country of Venezuela, the first things that come to mind are usually the beautiful... 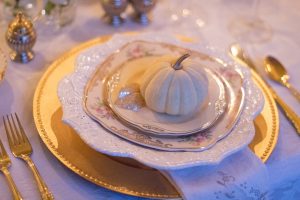 Traditions
What Are You Truly Thankful For This Thanksgiving ?

byBernadine Racoma -
0
3
3k
Today is Thanksgiving once again and as Americans, we enjoy the work-free day, often with family gatherings where the main...
View All Topics