The following Emiratis have one thing in common: are not easy to stereotype. These people of purpose made a difference in our world. Their remarkable stories inspired the world.

Successful women executives are about as common in the Persian Gulf as alpine lakes. Sheikha Lubna Khalid Sultan al Qasimi, born a princess of the royal family of Sharjah in the UAE, is a pioneering woman, because she holds the distinction of being the first woman to occupy a ministerial post in the United Arab Emirates. She was appointed Minister for Economy and Planning of the United Arab Emirates in November 2004.
Sheikha Lubna is a role model for all young Emirati women hoping to become successful businesswomen, by inspiring and encouraging them to fulfil important professional roles beyond the family.

Born in Dubai, Abdul Qader Al Rais has risen from humble beginnings to become one of UAE’s most accomplished artist. Many of his pieces have been awarded. He is rightly regarded as a leading light in the art world, both regionally and internationally. He developed his own style through experimentation. Abdul Qader Al Rais copied, revised and interpreted the work of prominent painters like: Monet, Renoir and Pissaro.

He paints in two different styles. His style is photorealistic for the landscapes and architectural scenes. His very famous also for the abstract works. Abdul Qader Al Rais has participated in many exhibitions around the world since 1965. He held successful exhibitions in Germany with German artist Fred Falk, in the Czech Republic, Beirut, Washington DC and many others.

According to Forbes, Khalifa bin Zayed Al Nahyan is the world’s second wealthiest King, with an estimated wealth of 23 billion Dollars.
Sheikh Nahyan or Sheikh Khalifa is the current President of the United Arab Emirates (UAE) and ruler of Abu Dhabi, the largest emirate among the seven. He succeeded to the post on 3 November 2004. He succeeded his father, the late HH Sheikh Zayed bin Sultan Al Nahyan, UAE President from 1971 to 2004, from whom, he has said, he learned ‘the need for patience and prudence in all things’. He also heads the Supreme Petroleum Council, which enjoys wide powers in energy matters.

Ahmed bin Majid, born in 1421 in Julphar, was known as the first Arab seaman and cartographer. His fame reached the West, because the navigator helped Vasco da Gama find his way from Africa to India.

He was the author of nearly forty works of poetry and prose. His most important work is the navigation encyclopedia “Book of Useful Information on the Principles and Rules of Navigation”, written in 1490. The book starts by describing the history of navigation and by explaining basic principles of sailing. There are described also the locations of ports from East Africa to Indonesia, star positions, accounts of the monsoon and other seasonal winds, typhoons etc. Called also Shihan Al Dein (Sea’s Lion), he was known for his fearlessness, strength and experience as a sailor who excelled in the art of navigation.

Emirati singer Hussein al-Jasmi is one of the most appreciated artists in the UAE. He just received the Murex D’or award for “best Arabic male singer” during the annual Murex d’or Award Ceremony held in Casino du Liban, June 20, 2008. His songs reflect the real Emirati culture. The lyrics are rich in its wording and full of wisdom. Hussein al-Jasmi is the most successful singer on the pan-Arab arena.

Ahlam is a leading female singer from Bahrain. She is very popular throughout the Middle East, particularly in the Gulf region. Ahlam became a UAE citizen in 1996 and is credited to as many as 9 music albums. This talented and appreciated singer, one of the most well known in the Arab world, is so much popular that a journalist stated: “if you want to be famous just publicly insult or offense Ahlam.” 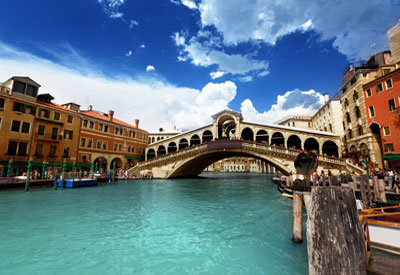