If there is one sporting event in the United States that can brag about commanding most of the world’s attention, it’s the Super Bowl. The NFL’s championship game has become more of a cultural happening than a sporting event, with people from all over the globe pinning down the first Sunday of every year as Super Bowl Sunday.

With Super Bowl LV slated to go down in Tampa Bay, Florida this upcoming Sunday, football and entertainment fans from around the world are already preparing themselves for what promises to be one of the premier sporting and performance spectacles of the year. So, let’s break down just how big of a deal Sunday’s game is and how everyone can get a chance to enjoy it.

The fifty-fifth edition of the NFL’s championship matchup, Super Bowl LV will go down on Sunday, February 7th, at Raymond James Stadium, home of the Buccaneers in Tampa Bay, Florida.

This year’s edition will see the hometown heroes Buccaneers led by who is arguably the best player to ever grace the gridiron field. Tom Brady squares up against what is considered by many the best football team in the world right now, and last year’s Super Bowl Champions, Kansas City Chiefs, led by the young superstar QB, Patrick Mahomes.

Mahomes and company came close to not being able to participate due to a COVID-19 haircut scare, but thankfully the situation was managed promptly by the Chiefs executives and the game plans were not impacted. Analysts throughout the league are already looking at this matchup as one that could easily put Mahomes on a straight path to football legend status, even at such a young age.

Just as important as the game itself is the Super Bowl Halftime Show. Some of the biggest recording artists in the world, including Michael Jackson, Prince, Beyoncé, and Lady Gaga, amongst others have graced the Super Bowl stage to give thrilling 15-minute performances that can easily bring down the house, the stadium, and even the internet.

Multi-platinum mega artist The Weeknd is scheduled to perform on Sunday and with news of him putting up an extra 7 million dollars of his own money to make sure the show is just as he envisions it, you can be sure that your socks will be rocked by the blinding lights. 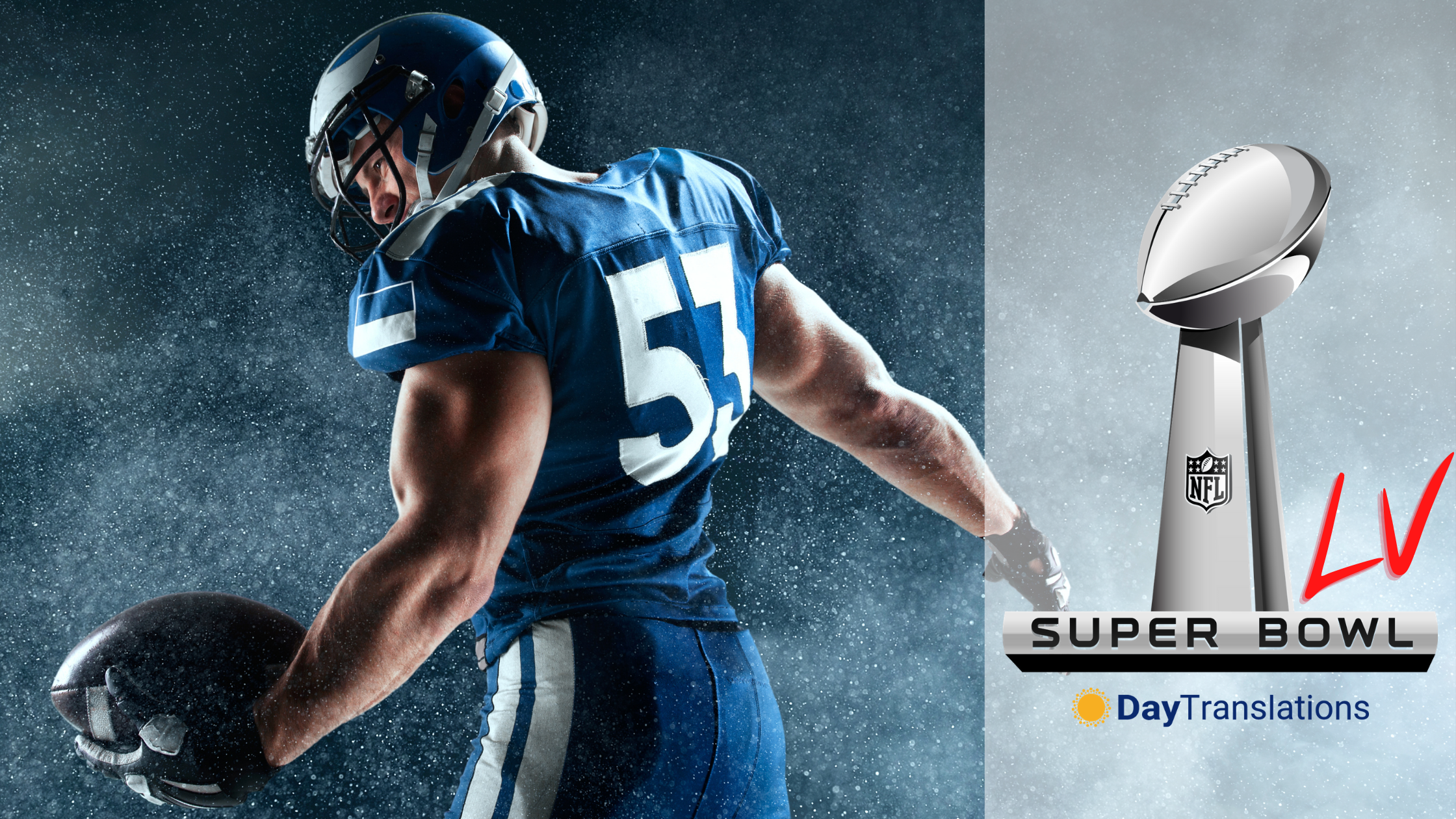 Bringing the Super Bowl Experience to The Whole World

While the Super Bowl is considered the quintessential American sporting and entertainment event by excellence, its global reach cannot be denied and is more and more welcomed as time goes by.

With places like Mexico, India, China and the United Arab Emirates as some of the biggest markets for fans of the sport and event outside of the US, making sure that they can enjoy the experience just like their American counterparts is of the utmost importance – and that’s one example of translation services coming in so handy.

With a sport as intricate to understand, being able to have the best options or to be able to understand the ins and outs of the rules, analysis, play calling, and situations can only enrich the viewing experience so much more.

But what about if you do understand the ins and outs of the game and all its different scenarios but still want to have an edge to feel just like one of the US football experts commenting on the game? Well, just as the game MVP, a top of the line interpreting service can come in and save the day. Be it over the phone or online, it would be like having a sideline coach telling you exactly what you need to hear in order to score and go for the win, and with a game like the Super Bowl you can’t not want to always go for the gold.

For now, all we can do is sit back, get our snacks and favorite drinks ready and prepare for what promises to be one of the best Championship football games that the world has seen in a long time.

Coronavirus might have brought the sporting and entertainment world down in 2020 but Super Bowl LV will surely make sure to remind us that there is nothing we can’t beat.