8 Most Intriguing Game of Thrones Finale Rumors and Teasers

These are based on hints from people in the know. Some include fan speculations and relevant interviews and news.

The show’s title infers a fight over the throne; it’s only logical to seek a final resolution on who gets that coveted seat of power. Unfortunately, Daenerys fans might be in for a disappointment. Iain Glen, the actor who plays Ser Jorah Mormont in the show, dropped a teaser that can be interpreted as a throne denial for Daenerys.

In a recent interview, the Irish actor was asked who he wants to see taking the throne. He unhesitatingly responded: “Daenerys,” which is compatible with many Game of Thrones finale rumors claim. However, he added this cryptic comment: “You may be surprised by the obvious, though.” Nevertheless, Glen assured fans that his character and Daenerys will have some “good stuff” to do together.

2.     Will Tyrion Lannister and Daenerys be romantically involved?

Not many fans of the show would have this in mind but since this is Game of Thrones, it’s not an impossibility. In fact, actor who plays Tyrion, Peter Dinklage, revealed in an interview that the character he plays is opposed to the relationship between Jon Snow and Daenerys. “Obviously, he has feelings for Daenerys,” Dinklage said. The actor thinks Tyrion loves “The Mother of Dragons,” or at least thinks he does.

Season 8 of Game of Thrones has already completed filming during this interview. There’s no reason to doubt Dinklage’s revelations considering how he acted towards Daenerys in the last season.

Dinklage further explains that Tyrion’s opposition to the Snow-Daenerys romance is based on professional and personal reasons. The character thinks that it’s not good idea mixing romance and politics. At the same time, Tyrion is competing with Snow to win Daenerys’s heart. Dinklage believes Tyrion is unsure of his feelings with Daenerys considering his exclusively promiscuity-based encounters with women in the past.

Dinklage managed to muddy the spoiler or teaser he shared, though, by mentioning that Tyrion also loves Jon Snow. He loves both Daenerys and Jon Snow which could mean that this love is of the platonic kind.

Jaime Lannister is one of the characters considered to be among the least likely to survive in the final stretch of the story. However, thanks to a lawsuit against the Jaime Lannister actor, Nikolaj Coster-Waldau, fans now know that the controversial character is going to be in all six last episodes of the finale.

Coster-Waldau is currently embroiled in a legal battle with his ex-manager. In this case, the court required him to produce records of his earnings. His camp’s submissions reveal that he made $1,066, 666 per episode for the show’s eighth season and that the show will only have six episodes.

These details imply that Jaime Lannister will be in the show until the very end. He may eventually face death in the last few scenes of the final episode but what’s certain is that he will be playing a role in the entirety of the season. He may eventually cause the death of other important characters. In an interview, Coster-Waldau said that he is fully satisfied with the show’s ending. He even wrote the writers to tell them that he does not think the writers could have done a better job finishing the story.

Fans have a love-hate relationship with Cersei. On the one hand, they want her dead after everything she has done to many favorite characters. On the other, the show would likely be boring without her. As Game of Thrones ends, she will most likely finally meet her demise—and brutally at that.

There are Game of Thrones finale rumors claiming that the lady throne usurper will die in a shocking scene. Many fans will likely be delighted seeing a fitting end to this ruthless character. A thread on Reddit started by user nerona3456 wrote the following:

It’s just a theory, but it makes sense. With the innumerable characters Cersei killed, though, it’s difficult to guess who will be giving her the death blow. Will a Tyrell incinerate her with wildfire? Will the Starks deliver the ultimate punishment by crippling her then having her executed? Or maybe, she could be attacked by White Walkers, and everyone would just relish the sight of her massacre? Her refusal to cooperate with everyone else in Westeros is considered to be a big disadvantage in stopping the impending attack of the undead and the White Walkers.

5.     Jaime kills Cersei, The Mountain kills Jaime, then The Hound and Brienne defeat The Mountain

Another possible shocking death for the notorious female villain involves her twin brother Jaime Lannister. One of the notable Game of Thrones finale rumors, passed as a script leak on Reddit, claims that many notable characters are going to meet their tragic end. Jaime’s gradual change of heart may finally make him oppose his sister and lead her to death. In response, Cersei’s bodyguard, The Mountain, would end up brutally killing Jaime. Of course, The Mountain can’t go unpunished, so he has to die or suffer at some point. Rumors say that the anomalously-resuscitated killing machine will suffer defeat at the hands of Brienne and The Hound.

6.     Allana Tyrell could show up in the final season.

In season 3, Margaery Tyrell once mentioned the name Allana (not to be confused with the Tyrell matriarch Olenna). She described her as someone who looked like a goddess but was sent to torture her. Margaery said Allana had the habit of calling her “pig-face.” She would also tease her with an “oink.”

Most of the major Tyrell characters in the show have already died. The attack ordered by Cersei Lannister at the Sept of Baelor killed many of them including Margaery Tyrell and Loras Tyrell. Olenna Tyrell died after drinking the poison served by Jaime Lannister when the Lannisters seized palace Highgarden along with its resources.

There had been no mention of Allana over the past seasons. Fans believe that she could finally surface in the finale. As the battle for the throne nears culmination, the once powerful House Tyrell may resurface with Allana as the central figure. Olenna left a powerful impression among Game of Thrones fans that it would be a shame for the Tyrells to play no role in the finale.

7.     What can fans expect from the Night King and the White Walkers?

The Night King is one of the best-kept secrets of Game of Thrones. Until now, nobody could ascertain who he is or what he wants. There are fan theories that claim that he is Bran. It’s unlikely to be the case, though. In the final season, who will come face to face with the Night King? Whom will he kill? Who will kill him? Many Game of Thrones finale rumors say it’s going to be a toss-up between Daenerys and dragon-riding Jon Snow.

The upcoming battle between humanity and the menacing entities from behind the wall is something every Game of Thrones fan is anticipating. With an army of over a hundred thousand, there’s no doubt that the army led by the Night King is remotely easy to overcome. Of note, the wall was already breached by the end of season 7.  The army of the undead has already commenced their invasion.

Will this invasion lead to the death (and subsequent conversion to being undead) of everyone in Westeros? Is there a way to escape death? Some fans think that the complete annihilation is not inevitable. As observed in the previous seasons, the White Walkers don’t necessarily kill and revive (as undead) everyone they encounter. There have been cases when they just ignored their potential victims. These cases have something in common: the potential victims were submissive and did not show any desire to fight. The White Walkers possibly only want submission just like how they did not kill Craster because he sacrificed his children or how White Walkers allowed .the ranger in the very first episode (of the first season) to survive after he knelt and demonstrated that he no longer posed any threat.

8.     It’s the biggest ever Game of Thrones season

Despite having only six episodes, Game of Thrones creator David Benioff says that season 8 is the biggest ever season of the show. This statement alone should make fans more excited. This could mean even better CGI and carefully thought out plot twists and turns. Being the biggest most likely means being the most expensive. With a higher budget, fans can expect better cinematography and epic war scenes that can compare to those of high-quality fantasy movies.

Do you want Game of Thrones translated in your language?

Day Translations Inc. can help non-English speaking fans who want to have the most precise and contextually-accurate subtitling services for the last season of Game of Thrones or even the seasons before that. We provide the most reliable language services with our global network of translators who are native speakers of the languages they specialize in.

Don’t hesitate to contact us by calling 1-800-969-6853. You can also reach us via email at Contact us. We are always eager to answer your questions and arrange the language services anytime, 24/7 throughout the year. Get a quick quote for the specific service you need by contacting us now. 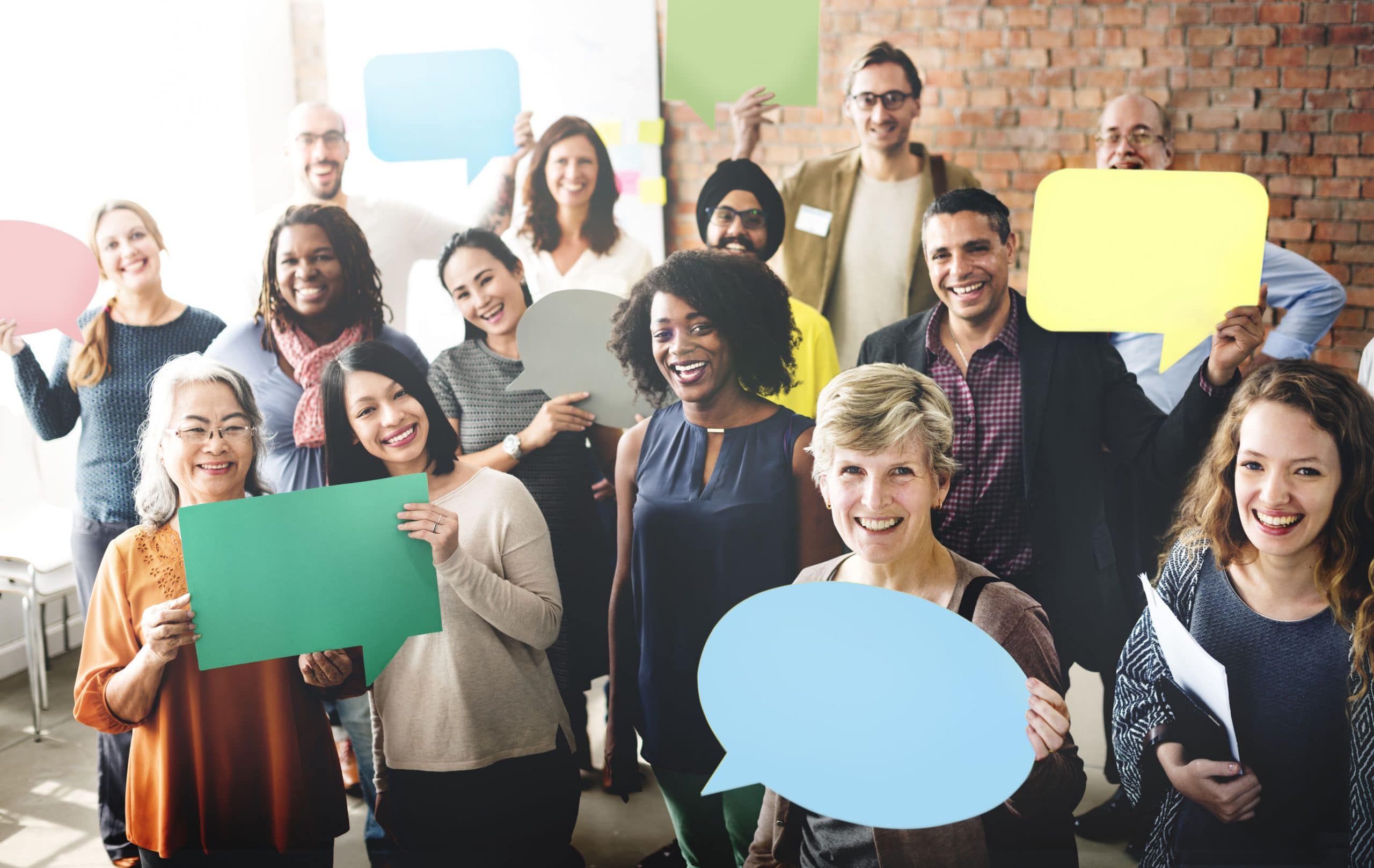 Language and Communication: They are
Trending 5 Min Read 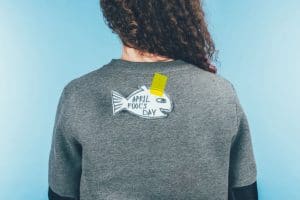 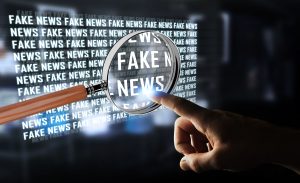 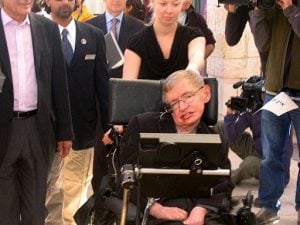