Polish sausages and its favorite son, Pope john Paul II, are probably the first things that come to mind when thinking about Poland. However, there’s so much more about Poland than meets the eye.

Poland is located in Europe and bordered by Slovakia, Germany, the Czech Republic, Belarus, Ukraine, Lithuania, Kaliningrad Oblast, and the Baltic Sea. With all these neighbors, it’s not surprising that Poland is a highly diverse country with various ethnic groups calling Poland their home, including Silesians, Belarusians, Germans, Ukrainians and Kashubians.

Almost a third of the land is densely covered with lush green forests. Poland is the 4th most forested country in all of Europe, and there are 23 National Parks in the country, the largest being the Biebrza National Park.

It’s got a good economy

Poland’s economy is one of the strongest among post-communist countries. Almost 40% of the 500 largest companies in the region are based in the country. Its economy is the 6th largest in Europe, ahead of the Netherlands.

The culture is amazing

Poland suffered much destruction during World War II, especially the capital of Warsaw. However, many of its heritage sites have been preserved, with 14 UNESCO World Heritage sites in the country. The oldest town in the country is Kalisz, dating back to the time of Ptolemy.

No wonder Poland is the 19th most visited country in the world.

Poland is a leading producer of sugar beets and triticale. It is also a top producer of potatoes and rye in the region..

No need to wear a watch in Krakow

A trumpeter plays a bugle on top of the tower of the main square by St. Mary’s Basilica every hour. This practice dates back to when the city needed warning from various attacks. In the 13th century, the bugler warned the city of the impeding attack of the Tartar warriors. The city was saved but the man was shot with an arrow, cutting off his bugle call. To this day, a broken tune played hourly, in memory of the event.

Nicolas Copernicus proposed the sun as the center of the solar system, while Johannes Hevelius made the earliest published maps of the moon. Pope John Paul II hails from Poland while Adam Mickiewicz is recognized as the Polish Shakespeare. The country has also produced 17 Nobel Prize winners. 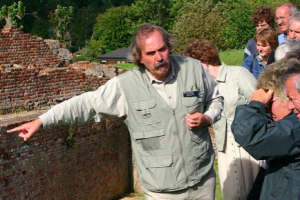 byBernadine Racoma -
0
4
4k
The need for interpreters in the tourism industry is undeniable. We see them working in hotels to entertain guests, in...

byBernadine Racoma -
0
0
6k
You might have had fun playing some form of tricks, pranks and hoaxes on people on April Fools’ Day. Do...

Uncategorized
World Day for Cultural Diversity for Dialogue and Development

byDay Translations -
0
2
2k
The United Nations observes another international awareness observance – the World Day for Cultural Diversity for Dialogue and Development. The... 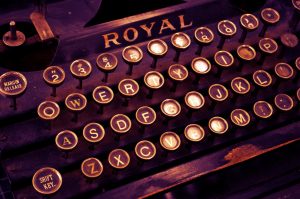