I Have a Dream: The Legacy of Dr. Martin Luther King, Jr. Lives on

There was a time when racial equality was not the norm. At a time when it was a struggle for many American Negroes to receive their due, Dr. Martin Luther King, Jr. would repeatedly put himself in the limelight. But this was not for fortune or fame, and not even for recognition. He only wanted the voice of his people to be heard. And since he possessed the eloquence and the courage that were silenced in many, he accepted the burden on his shoulders. Dr. Martin Luther King, Jr. was true to his promise, though his life was too short. His words, “Like anybody, I would like to live a long life… may not get there with you. But I want you to know tonight, that we, as a people, will get to the promised land!” seemed like an omen. On April 4, 1968 in Memphis, Tennessee, those who did not approve silenced him as well.

He was born on January 15, 1929 in Atlanta, Georgia and given the name Michael Luther King, Jr., which was latter change to Martin. He studied to be a theologian, having come from a devoted family of pastors, and received his doctorate in 1953 at Boston University. Dr. King and his wife, Coretta Scott were blessed with four children.

Millions of African-Americans enjoy freedom and prosperity today largely due to his legacy, and they honor him every year by being of service to their fellow human beings. The fight for racial equality in the United States of America had seen many heroes. But Dr. King stands out because he was also gifted in rhetoric, and he used every inch of talent that he had for the cause he believed in.

His very famous line, which started with “I have a dream,” was not part of the prepared text for the speech he had prepared to deliver in August 1963 to more than a quarter of a million civil rights supporters. It was just some parting words, but Mahalia Jackson cried for him to tell them what his dream was. Speaking from the heart, he told the multitude of people that he dreamt of equality and freedom that would rise from a land full of hatred and slavery.

On Dec. 10, 1964, Dr. King won the Nobel Peace Prize. He was the youngest recipient of the award. He won the prize not for advocating civil disobedience, or leading marches and bus boycotts, or making stirring anti-racism and anti-war speeches that not even his critics could find fault in. He did not receive the prize because his home was attacked and he was himself hurt and arrested a number of times. He was awarded a prize that he was not aiming for but deserved fully because of his courage – the courage to stand for what he believed to be right and humane. The “peace prize” is very fitting, for Dr. King subscribed to the tenet that nonviolence could be used to combat racial inequality.

During the course of his battle for equality, he had sat down with presidents and legislators, received honorary degrees by Universities, and became a prominent figure that graced the pages of history books the world over. The dream he had worked for is now enjoyed and nurtured by millions of Americans who were never under persecution or prejudice. And they thank him in his efforts by remembering him every year since 1986 with a federal holiday.

The hero of non-violent social movement had been awarded the Congressional Gold Medal and the Presidential Medal of Freedom posthumously. Across the United States, streets had been named and renamed to remember him. In 2011, his memorial statue was unveiled at the National Mall at the nation’s capital, Washington, D.C.

People
Voice Actors Behind Some of Disney’s Beloved Characters

byBernadine Racoma -
0
0
2k
Disney’s animated films have brought warmth and laughter to many people, young and old. Most of these have been classic...

byBernadine Racoma -
2
6
3k
The most important among the Chinese holidays is the Lunar New Year or Chinese New Year. Celebrated in Chinese communities... 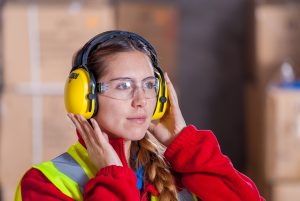 byChristina Comben -
0
3
2k
It’s international woman’s day once more, and this year women are being encouraged to #BeBoldForChange. We’ve come a long way...

byBernadine Racoma -
0
2
2k
All American as apple pie? Not necessarily so. Though many American dishes are considered to be all American staples such as...
View All Topics