Celebrating Pesach, the Most Popular of Jewish Holidays

Pesach is a Hebrew word that means “passing over.” It refers to the story of God “passing over” the Jews’ houses while the tenth plague afflicted Egypt.

It is the first of the three most significant Jewish festivals. Pesach or the Passover has an agricultural and historical significance to the Jews. It marks the harvest season. However, the foremost reason why Pesach is celebrated is to commemorate the Hebrew slaves’ Exodus from Egypt, their deliverance from the Pharaohs that enslaved them for over 3,300 years. For Christians, it symbolizes Jesus becoming the sacrificial lamb to rid mankind from a different kind of slavery – sins.

For the Jewish community, the Passover is a time when the whole family gathers together. It is a time for rejoicing as they remember and celebrate their freedom, their becoming their own masters after centuries of slavery.

Week of the Passover

It is celebrated on the 15th of the month of Nisan, the first month in the Jewish calendar that coincides to March-April in the Western calendar. The observance involves several rituals done in the home. It is a festival to welcome spring and starts on the night when the moon is full. The Pesach is also called the “Feast of Unleavened Bread.” The celebration is also called by other names, such as “Chag he-Aviv” (Spring Festival), “Chag ha-Matzoth” (Festival of Matzahs), and it could also be called “Z’man Cherutenu” (Time of our Freedom).

The first thing that is done is to clean the house, which for the Jews not only means getting the house thoroughly clean; it also means getting rid of all food items that are forbidden, which included bread, grains, cornstarch, vinegar and cereal. These are called “chametz.” They are either burned, stored in a sealed off room in the house or given to non-Jewish friends for safekeeping until the last day of the Passover. On the first and the last day of the Passover, no work is allowed. They are allowed to work on the days in between. “Chol Ha-Mo’ed” is the term used for these days.

A day before the start of Pesach is called the Fast of the Firstborn, where all firstborn males must do minor fasting to commemorate the time when first-born Israelites were not affected by the last plague in Egypt.

The “Seder” ceremony is done on the first two nights. It is a 14-step ceremony that includes the following:

• Blessing the first cup of wine with songs
• Hands are washed
• Vegetables dipped in salt water are eaten
• The “Matzah” (unleavened bread) is broken and the “Afikoman” hidden (the larger piece of the Matzah that would be eaten later for dessert)
• Retelling of the Exodus and drinking wine (second cup)
• Washing of the hands before the meal
• Blessing the Matzah with prayers
• Bitter herbs dipped in “haroset” (dark-colored fruit and nut paste) are eaten
• Bitter herb sandwich and Matzah are eaten
• The rest of the allowed food is eaten
• Looking for and eating the Afikoman for dessert
• Singing songs to bless the meal, 3rd cup of wine is drank and the door is opened for Elijah, the prophet
• Psalms of praise are sang and the fourth cup of wine is drank
• Traditional songs end the Seder

Serving Matzah traces its roots to Jerusalem when the Temple was destroyed. It is the bread that the Jews ate on the first night of Passover since they did not have time to allow their bread to rise since they had to flee quickly.

The beauty of celebrating and commemorating Passover is that it is not exclusive to Jews. People all over the world can celebrate joy from freedom. It can also serve as a reminder that after a dark and difficult time, there will be new life and the promise of hope, rebirth and renewal. In this aspect, it has a similar positive affirmation theme to that of Easter celebrations. It carries a message of hope that people from all over the world can truly take to heart. 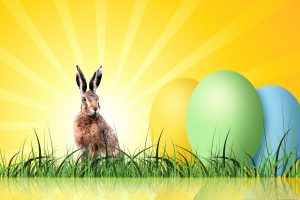