5 Ways to Make Your Video Games More Flexible For Users

Video and computer games exist for one purpose: entertainment. And in recent years, the gaming industry has seen quite a boom in demand. As a matter of fact, in2020, the overall value of the industry in the global market was $173.70 billion. The growth isn’t stopping either. Analysts predict that the industry will reach $260 billion in revenue by 2025. And if you’re a gamer/developer, you can tap into this market if you have the skills to make your video games more flexible for users.

One main reason for this boom is the ongoing pandemic and people’s need for more avenues of entertainment. Gaming provides an escape from the real world and allows gamers to engage with each other even if they’re miles apart. And since there are many gaming options on the market, it’s important that your game gives users the experience they desire.

Here are our five tips for improving flexibility and user experience.

5 Tips to Make Your Video Games More Flexible for Users

Video game options have been around for years but we’ve come a long way from the pixelated images of the old-school Ataris to Nintendo Switch. Video games have evolved into more life-like experiences and have increased user involvement and higher skills requirements.

Let’s look at how manufacturers can introduce more flexibility for users in video games:

Increased freedom of the game’s specs and the narrative can improve the experience and fun rating. The more involved a user is in making decisions, the more compelled they are to play. Apart from giving players increased freedom over the storyline and character buildup on-screen during play, controls can be added to smaller functionalities as well. For example, giving users the option to undo or redo a potentially game-ending move.

Users can make mistakes while playing. Giving them the simple option of an emergency exit and making it obvious on the screen can solve many a problem for them. This can also reduce the frustration that arises from a lack of controls. A recent and simple example of this is the iOS game called Chess. The developers used skill and smart strategies when they created the app! Not only does it have an easily discoverable exit button, but it also gives the users the ability to redo and undo crucial moves while playing.

One of the biggest hindrances that occur during play is error messages. This counts for action and other games. Designing a game that doesn’t have any errors in the first place puts you ahead of the competition, and this should be the goal when creating apps.

Quality assurance is a crucial step in the game manufacturing process and it exists for a reason. Instant feedback. With the number of options available, users can easily get frustrated and switch to another game if they experience too many glitches. Luckily for game developers, the introduction of AI quality assurance technology has sped up the process. AI bots can go through hundreds of QA checkpoints much faster than a human to ensure an error-free experience.

Now let’s talk about error prevention. Gaming design should allow for confirmation messages that prevent gamers from making mistakes and irreversible decisions. Small considerations like these can enhance the experience and offer more control to users.

Just like any other industry in the technology sector, the industry has set standards for designs. Years and years of game development have given birth to conventions such as which buttons perform which actions. Regardless of the console used, gamers have a general expectation of certain controls and features. It is important that developers keep these expectations and standards in mind when building a new game.

Gamers do not like the unfamiliar and it frustrates them. This is especially true in the case of games that have sequels. Users expect the storyline to continue and the controls to stay similar to the previous version. When these expectations aren’t met, users may feel unhappy with the experience. They have to actively learn the position of the new controls. And, they have to prevent themselves from using the wrong controls during playing.

4. Build Recognition Rather than Recall

Gaming is supposed to help people relax and offer them an escape from the stress of daily life and routine. However, console games can be quite complex and taxing for users. Good design should be focused on reducing a user’s memory load. This is possible by placing crucial elements of the game in obvious positions and ensuring help messages and prompts are easily available.

The key is to lessen the cognitive load of the user by presenting the right information at the right time. Information prompts during a game are much better than one long guideline session at the beginning. This way, the user doesn’t have to remember information till it’s actually time to use it. Small tweaks to the design like adding a preamble to a sequel to remind the user of the storyline can instantly improve the user experience.

5. Relate the Game and Real World

Humans are conditioned to think in a certain logical order. Anything that’s outside the realms of this order can confuse and frustrate us. Instead, a good game design focuses on bridging the gap between reality and fiction.

Games should focus on representing and using real-world conventions for presenting the information. One of the easiest and best ways to ensure this is to introduce localization in the process. Localization takes into account the customs and conventions of the local users of a game. This can range from the use of the local language to local conventions when developing a game. Unfamiliar interfaces and commands can frustrate the user and make them second-guess their actions.

Commands and instructions should always be easily understandable. And games that are closer to a user’s reality are more memorable and relatable.

The concepts mentioned above apply to all mobile, desktop, and console games. Video games are designed to entertain their users with a captivating and memorable experience. But with so many options available out there, key differences between average and amazing games can be usability and flexibility. Developers should actively try to improve users’ ability over the experience and reduce frustration during gameplay.

If you liked this post and would like to stay informed on more current matters, be sure to check back in on our blog regularly! Here at Day Translations, our reaction time is on-point, and our team of experts lead the way in pushing ideas and keeping you in the loop! 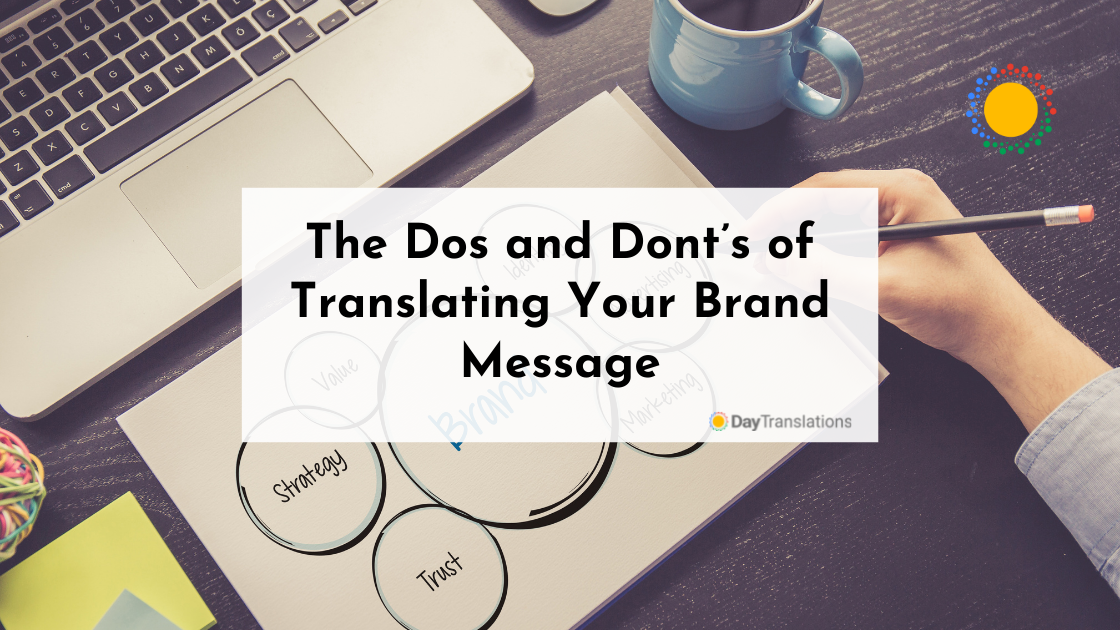 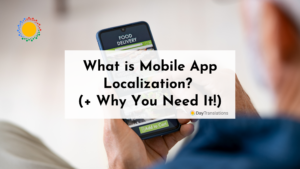 Localization
What is Mobile App Localization? (+ Why
by  Myles O'Bery
0
0
657 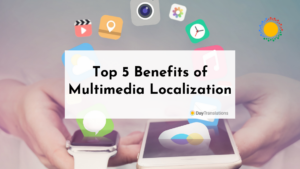 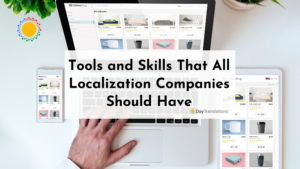 Localization
Tools and Skills for Localization: What
by  Myles O'Bery
0
0
950